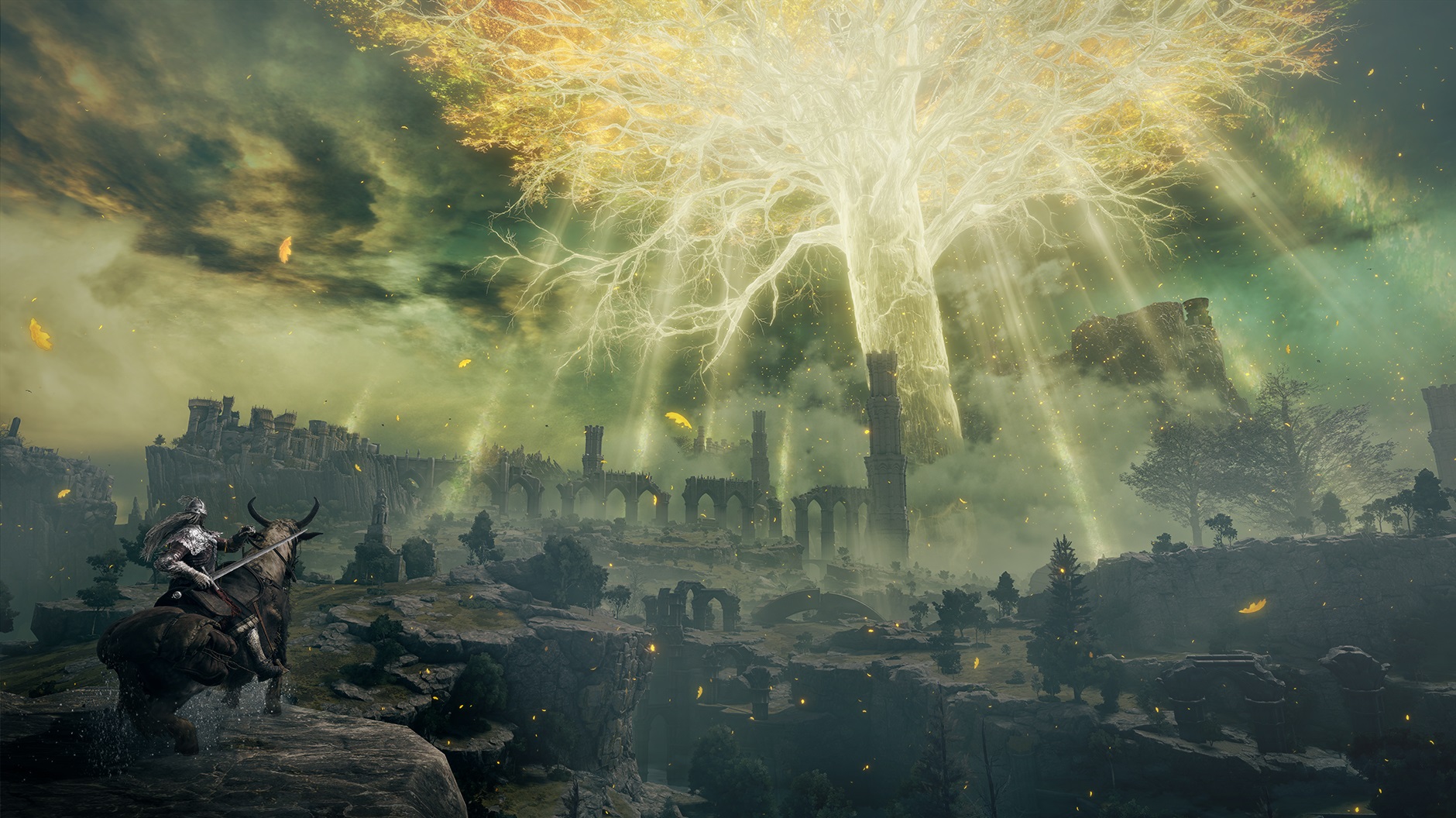 As a rule I generally don’t buy into the hype on a big AAA title until after the point where it’s in my hands (I’m a Sonic fan so I’m used to disappointment) I still rely on reviews and although I do get hype for games when it comes to big AAA purchases I tend to proceed with caution. I generally hate fomo (fear of missing out) but with the big bad Elden Ring looming close I think it’s time to get ready. Lets take our minds off the game with some others. Elden Ring’s out Friday 25th so good luck!

Say what you will about the Ninja Gaiden trilogy (and I did in my review over here) the first two games are still fantastically brutal fun. The perfect prep for a punishing Souls game. Two solid games where you’ll be met with death often. Repeating levels and dying again, time after time, slowly sharpening your reflexes to deal out bloody punishment to your enemies. Given how quickly you can blast through these games you’ll be more than ready for Friday!

2 – Dark Souls (Xbox One as backwards-compatible)

It’s always great to jump back into a game you probably already own. There’s the option to play the Remastered version but if you happen to have a copy of the original and an Xbox 1 now is the perfect time to fire it back up. Before you jump to the biggest and latest title in a franchise it can always be fun to go back to the beginning. Even if this is technically not the oldest Souls game it’s the one a lot of people started with and what better way to jump ahead to a new IP?

Dead Cells is still a fantastically fast frantic action game. You’ll be testing your reflexes and ability to react to everything occurring around you. It’s a quickly installed indie platformer that’s had a bunch of content and DLC added over the years. Dead Cells is still a stellar game to blaze a path through and you’ll be fighting challenging bosses, picking different paths and dying again and again challenging yourself to beat the game. The exact headspace needed for a From Software game.

Of course alternatively if you don’t want to go back to the past you can jump into the last original From Software masterpiece. Bloodbourne is always good to jump back into and remind yourself how ridiculously good it looks and plays. Chances are you missed part of the DLC or a chalice dungeon and what better time to enjoy some bleak beauty in closed spaces before you explore the open world in Elden Ring! After all, a hunter is a hunter, even in a dream!

If you don’t fancy anything particularly horrific or visually busy then you can always dive into Spelunky 2. The definition of a rogue-like you just have to play to get the appeal of. Getting ready for a new From Software game you’re going to need a game that punishes you for mistakes that you know you shouldn’t have made which makes Spelunky 2 is spot on. Tight controls, a great style and a loop that encourages you to push on past your limits.

What do you think? Are you excited for Elden Ring?