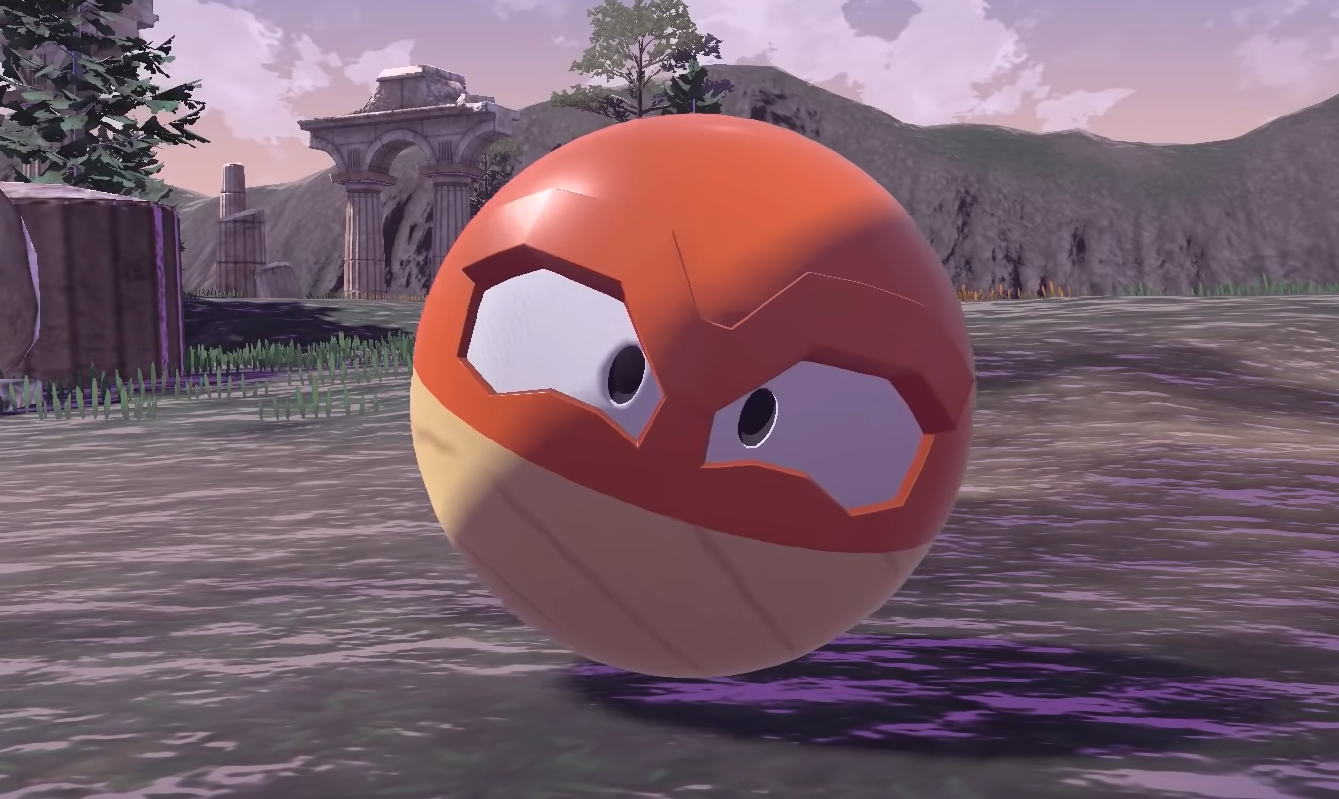 Another year ahead of us and another year of fantastic games behind. If you want to see what great games you might have missed then be sure to check out the end of year ElderlyGoose Awards 2021 over here! This year was the time to drop the AAA from the usual title of “AAA Look Forward” (last years is here if you’re curious) as the AAA games industry hasn’t really been something to look forward to for a while now. In 2022 we have Six Days in Fallujah and Hogwarts Legacy coming out so it’s already going to be a rough one. If that wasn’t enough, 2021 has been packed with reports of abuse, scandals and poor practices throughout which will result in people wanting to just move on and forget them rather than see some changes occur. On a lighter note, given how 2 years on ElderlyGoose.com the GOTY has been awarded to Indie titles (2018 was Iconoclasts and 2021 Chicory: A Colorful Tale) let’s just have a look to see what is shaping up to be brilliant and hopefully won’t be delayed to 2023…

With the team behind the fantastically underrated Absolver working on this, Sifu is shaping up to be a brilliantly bombastic game. Every time it has been shown off at shows and as reveals the gameplay has looked incredibly polished. They’ve announced a little more interesting detail about the mechanics and everything is sounding incredibly cool. Hopefully the difficulty curve isn’t going to be too steep and accessibility is on point but this could easily be an early year smash.

Atelier Sophie 2: The Alchemist of the Mysterious Dream : 25th February

Look, we all know Elden Ring is going to crush the 25th February. Some games have even shifted their release dates to entirely avoid that week! Atelier Sophie wasn’t even an Atelier game that I particularly rate in the series but everything for Atelier Sophie 2 looks stellar. There appears to be a lot of Atelier Ryza 2 in the gameplay (which is a good thing) and from early trailers it looks like a lot of the original issues have been fixed. The Atelier series seems to be going from strength to strength lately and given that May 2022 is the Atelier series 25th anniversary, it’ll be worth keeping an eye out.

I have a faint memory of playing an early demo of Tunic and remember liking what there was back then. When Zelda-like games are done right they surpass the game they’re taking inspiration from and this could easily be one of those games. Tunic does look to be absolutely incredible with a mixture of adventure and light dungeoning and I’m hoping this will be a shining experience. If it doesn’t live up to the hype at least it’s going to be a very pretty game!

I played a lot of S.T.A.L.K.E.R. back in the day and despite the stupid title, the game was a fantastic adventure that felt like Fallout New Vegas before that was even in development. Although I could never really get into the Metro series very much despite appreciating how well made they are I never really had that problem with Stalker. The series always had a more quirky atmosphere with the distortions and more of a focus on trade. It’ll be interesting to see how far Stalker 2 has come from the last release back in 2009 and given it’s a day 1 Game Pass title I’m ready to give it a go, I’ve tins of beans at the ready!

Usually I try to avoid looking forward to games with ambiguous timeframes like “Summer” and “Q2/Q3” but with Kirby (and one more) there has to be an exception. Kirby and the Forgotten Land looked amazing at the last Nintendo Direct where it was shown. I’m more than happy to be hype for what looks to be a fantastic 3D adventure with the pink ball of power. Kirby games have always been delightfully chill, even when everything is going crazy on the screen everything has a zen feel to it and despite the weirdly post apocalyptic setting Forgotten Land looks no different. Here’s hoping Kirby can turn on the charm again.

I’m a Sonic fan. There’s a new 3D Sonic game, the trailer looks amazing, there. Watch the trailer and enjoy.

With films now returning to the cinema there’s 3 titles nobody 3 years ago would expect. We’ve the Uncharted film, where the trailer showed it off as being a National Treasure-esque action film with stupid dialogue and a lot of flash. Sonic The Hedgehog 2 had its Game Awards trailer shown recently and looks both stupid, flashy and pretty good. Finally we’ve the Untitled Mario film, every time anything has been announced for it people cringe and wince and we will all just have to wait and see if this will result in a Minion.jpg phenomena or just another forgotten CGI film for the archives.

There are plenty more games coming to 2022, some with less firm dates so here we go with a quick run down of more to look forward to!

Advance Wars 1+2: Re-Boot Camp (Q1/Q2) – WayForward make amazing games and the original Advance Wars on the GBA was the best in the series. Keep an eye on this one as it’s looking really good!

Pokémon Legends: Arceus (28th January) – I’ve not played a Pokémon game that has “wowed” me in years and despite the really promising premise it doesn’t look like it’s running that great. Really big “hmmm wait and see” on this one.

Triangle Strategy (4th March) – Despite having a really boring title the game looks to be shaping up into a fantastic SRPG. It’ll be interesting to see how this one plays out as I know a lot of people want to see this as a Final Fantasy Tactics successor.

.hack//G.U. Last Recode (10th March) – A port to the Switch of the PS4 version of the PS2 original games with an extra chapter. Last Recode could be the best way to play the fantastic .hack//G.U. games but we’ll have to wait and see.

DNF Duel (2022?) – Arc Systems Works don’t put out this many trailers and an open beta for a fighting game that isn’t going to launch soon. There has been no official confirmation but keep an eye out for one early 2022.

Baldur’s Gate III (?) – Technically this is playable right now in Early Access on PC and Stadia but it’ll be worth keeping a watch for this and hopefully a console port.

Ghostwire: Tokyo (Q1/Q2) – There’s something about Ghostwire that makes me think it could be Ghost of Tsushima big. From the setting and talent involved there seems to be a such a high quality of polish that could make this huge.

Lego Star Wars: The Skywalker Saga (Q1/Q2) – If you’re not looking forward to this you’re lying to yourself. That’s it.

Marvel’s Midnight Suns (Q3/Q4) – I really hope Midnight Suns manages to bring the same energy the reboot of the X-Com franchise had. It looks great and I can’t wait to see more next year!

River City Girls Zero (Early 2022) – I’m not a huge fan of the original gameplay so much but the soundtrack is phenomenal and I’m hopeful Zero will match it! River City Girls had easily one of the best soundtracks that year hear for yourself!

Splatoon 3 (?) – Now here’s the thing, Nintendo aren’t the most predictable of companies and this is a bit of a guess but given the trailers it makes a lot of sense for this to be the big release for 2022 (and BOTW2 to be delayed)

Suicide Squad: Kill the Justice League (2022) – The more that’s shown on this game the better it has looked. Given how well received The Guardians of the Galaxy game was there’s real potential here if it’s even slightly similar.

Starfield (11th November) – Hopefully a little more than Skyrim in Space while still somehow having a core gameplay loop that nails that feeling. I know many people still find themselves playing Skyrim even now and a unique space RPG would be grand.

Trek to Yomi (2022) – There was announcement this is going to be on Game Pass but not a confirmation of when. Let’s hope it’s not just all style and no substance because the current visuals are superb.

Cyberpunk 2077 / The Witcher 3: Wild Hunt Complete Edition (?) – These are both announced for 2022 but we’ll see. Hopefully Cyberpunk gets finished but I’m more curious about what exactly they’re going to do with Witcher 3 given how polished it already looks on PS4 gen consoles.

Deathloop on Game Pass (2022) – The exclusivity with Sony lasts until the 14th September 2022 (a year since launch) so it’s a pretty safe bet that we’ll see Microsoft’s Bethesda porting this to Series X/S. Given how well Deathloop originally went down it would be madness not to treat it the same way they did with Halo.

What are you looking forward to in 2022?
Maybe it’s the link to Ko-Fi at the top of the page?
More content on Youtube or TikTok? Let me know in the comments below!