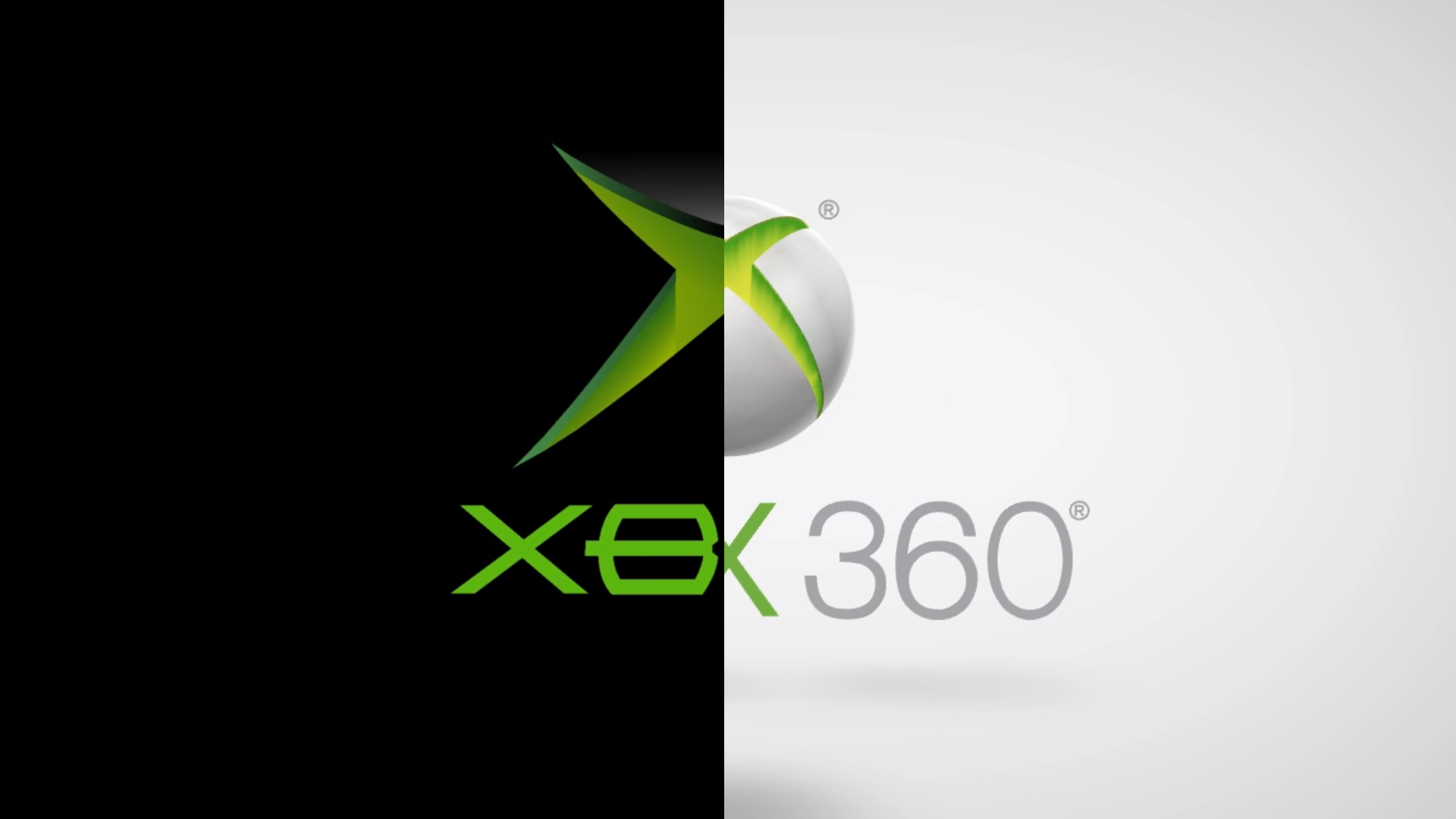 With the big 20 year Xbox celebrations in full swing, now seems a good time to take a step back and look over what is frankly a fantastic service from Microsoft. Backwards Compatibility used to be king with Sony and many of us played our first PS1 titles on the PS2 with little improvements to the way they looked and ran. Now we can do the same with Xbox and Xbox 360 games on Xbox One / Series S/X, the technology that allows this to work is something quite impressive. It’s a huge feat alone but what’s incredible is how some specific titles have not only had patches to run on newer systems but improvements to framerate and visuals to match.

There are over 632 games on the backwards compatibility list and although some absolute classics didn’t make the cut (Silent Hill 2 Inner Fears and Jet Set Radio Future being two of the big ones for me) there’s still a huge library at hand. In that whopping list were a few that are backwards compatible but I don’t feel like there’s any reason to play them because they’ve either re-released in HD or are going to have remasters soon. Dark Souls, Alan Wake, Mass Effect Trilogy, Assassin’s Creed: The Ezio Collection, The Halo games and Nier have all had ports or remasters and unless you’re a die-hard fan you’re not going to benefit in going back.

More annoyingly some of the backwards compatible games have now been de-listed due to copyright issues. There was a buzz recently about how the fantastic Metal Gear Solid 2 & 3 Collection would no longer be available but this has happened before with all 4 of the brilliant Magic The Gathering Planeswalker games being taken off sale. With all that been said if you pop to your local retro games store you may still find discs for these games and if you pop them into a console chances are it’ll recognise it and start downloading away.
Without further a do, lets take one step back and two steps forward!

Technically a standalone title all by itself, Rare Replay has 30 games packed in but a lot of them are backward compatible titles from the original Xbox and 360 library. Conker: Live & Reloaded is a cracking port but the best of the bunch is still Viva Piñata. With its incredibly unique charm and design it’s a fascinatingly enjoyable experience. It’s hard to categorise Viva Piñata as it’s a combination of farming and simulation but there will be moments of complex puzzling and fast paced action to get the perfect piñatas living in harmony. It still holds up incredibly well and is well worth another trip.

I have lost days to Geometry Wars trying to beat my friends Xbox Live scores and loved playing it over and over again. I have lost weeks to Geometry Wars 2. Every time I load it up, I lose myself in the colourful rhythm all over again and keep going back for one more go. An absolutely one of a kind shmup that’s both visually stunning and sounds just as fantastic to play. It’s still great to fire up and see if you can complete the more difficult challenges. The different skills and tactics needed for each mode lends itself to a still brilliantly fantastic wild rush.

All of the Sonic games – Boosted ones as well!

Ultra Street Fighter IV – The most complete version of the game

Street Fighter 4 has so many versions and variations I had to look back at how many times I’ve rebought the game to figure out which was the most complete. Ultra Street Fighter 4 is the most feature-rich version (aside from the PS4 port) and much like every Street Fighter game of the past it’s still unique fighting fun. There have been countless ports and although there was a release for the Xbox1 it seems like it was still relying on the backwards compatibility to run a 360 version. There’s a ton of content and it’s well worth a quick brawl.

I don’t typically finish a game in one sitting. Heck I’ve a pile of reviews I’m working through now but there is one game every now and then that once started demands to be played through in one sitting. There are few of these in the past but the most gripping of them was The Darkness 2. I’d never even loaded The Darkness 1 and I don’t think you have to even be aware of it as there’s a great catch-up to the simple story at the start. The story is gripping, full of twists and demands your attention throughout. Add to that the enjoyable messy DOOM-like shooting and magic attacks and you’ve a fantastically fun mess in your hands.

Obviously GTA 5 and GTA Online are leagues apart from 4 in terms of gameplay but the story in GTA 4 is the best the series has ever had. There are incredibly memorable characters, scenes, plot twists and turns that will have you genuinely caring for Niko before the end credits roll. If you see GTA 4 heavily modded on the PC it can look incredible but the original Xbox 360 game is still a looker in scope and has a strong art style throughout. It’s worth going back even if it’s just to go bowling with your cousin.

The King of Fighters XIII – The last 2D sprite based KOF

I’m not a huge fan of the new art style for KOF. I’ve always felt like the move to 3D may have been a great move to help production of the games but it lost a lot of its character and charm in doing so. KOF 13 was the last of the big budget 2D sprite fighters from SNK and they truly went all out. The fighting is quick, incredibly responsive and most importantly, fun. Everything has an incredible level of polish, it still visually looks stunning and there’s a bunch of modes and characters to enjoy.

It boggles my mind that these marvellous special editions of the two greatest adventure games have not been ported to Switch yet. The Secret of Monkey Island 1 & 2 are incredibly well written and made games but the added bonus of being able to switch between the classic retro graphics and new drawn artwork and voicework is incredible. Everything is made with an incredible degree of both quality and skill that allows the Secret of Monkey Island 1 & 2 Special Editions to still hold up as the best versions of the games. If you’ve never played either you are definitely missing out and should get on it!

I love the Sega Saturn (I’ve written all about it here) and one of the biggest surprises on the Xbox 360 was how these 3 gaming classics got fantastic ports. All 3 have had extra new features, new visuals and a lot of polish and work to get them feeling like the Saturn games of old while looking shiny and new. Guardian Heroes was always a rarity to find on Saturn and Radiant Silvergun has always commanded ridiculous prices for a copy so to be able to play them as they were on modern machines is a great opportunity.

Here’s the thing. We all know Fallout 3 is also compatible and if you really enjoy 3 more then fill your boots. Personally I still find New Vegas to be the best Fallout game ever made. I’ve played through Fallout 2 in so many forms and modded to hell but New Vegas is the game where like a comfortable pair of rusted slippers, I’ll wander back out into the wastelands again for the thousandth time. It has become my Skyrim, my go to “well just one more time?” and I’ve yet to fall out with it.

I’m a bit of a SEGA fan in general (I know, shocking revelation there) and the Dreamcast was a brilliant console back in the day with plenty of titles that are still worth playing (I wrote about them over here) As with the Saturn ports the Dreamcast titles were ported to the Xbox 360 incredibly well (Sonic Adventure 1 aside) Crazy Taxi and Daytona USA are still fast paced racing high jinks and Jet Set Radio is one of my all time favourites. If you’ve played every other Resident Evil game then Veronica X is also a great port of the Dreamcast classic!

I still personally prefer Red Dead Redemption 1 to 2 but then I’ve yet to finish the ridiculously lengthy 2 and I couldn’t stop playing the 360 original until the final credits rolled. It’s an superb game with fantastic story telling and John Marston embodies everything likable from old wild west films of yonder. You’ll want to pick up side quests and muck about in the DLC expansions as much as you can and you’ll still be going back for more.

This is the biggie for me and the main reason I bought an original Xbox in the first place. Orta maybe a return to the rail-shooter classic Panzer Dragoon format rather than a sequel to the legendary Saga RPG but it’s still the best of the lot. Packed full of beautiful graphics and the greatest soundtrack of the series, Panzer Dragoon Orta has a lot to offer. This is one of the Xbox original games that has had a Xbox1x enhancement as well so there’s even more reason to check out this gem!

What do you think? Did I miss your favourite? Let me know! Be sure to like and share but before you go here’s a few more classics that are worth checking out if you have time! These are essentially honourable mentions and I’d have loved to talk more but the list had to have limits otherwise this page would be going on until 2023! Enjoy!