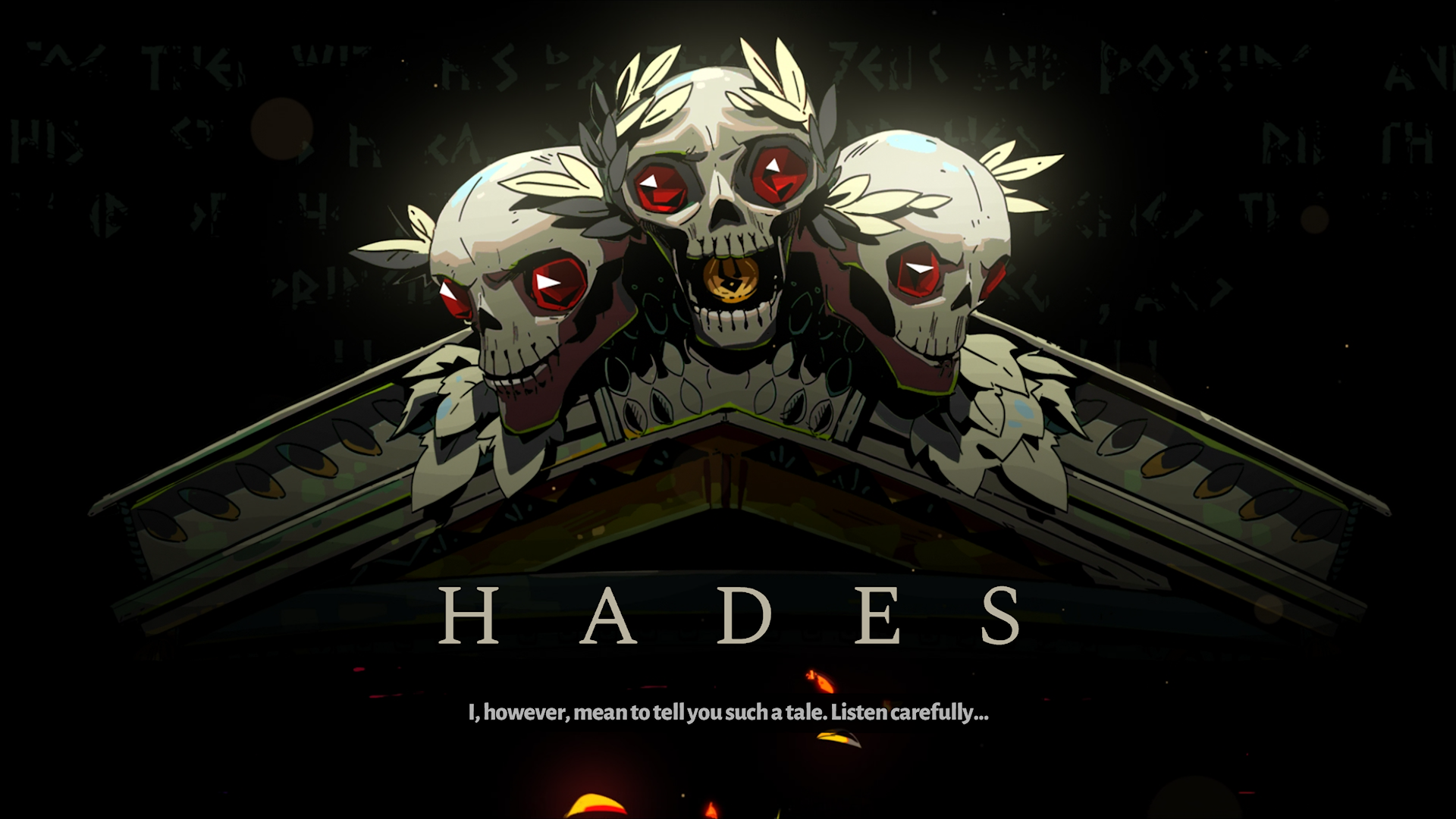 Yep, sorry in advance. Just like every other outlet jumped at the chance to, you’re seeing yet another review of Hades. There’s a reason for this of course; The port to PS4/Xbox is a good excuse to look again at one of last years most loved games. I’ve played Hades a fair bit on PC but it never really grabbed me as typically PC gaming for me involves a lot of mouse and keyboard and almost every roguelike I’ve enjoyed has been exclusively on consoles (I’ve previously wrote about them here) Trying Hades on Switch didn’t seem to fit right with me either as the small screen and text just made it unpleasant to play. That didn’t stop my partner playing it and now she previously had a weekly Hades stream (check that out over here) When Hades finally released on Game Pass it was time. Finally everything clicked and I understood the awards and the hype this game received. Let’s see if I can explain why the journey through the Underworld is a lot more fun then it looks.

If you’ve ever played a roguelike action game or any of Supergiant Games other titles you’ll have a rough idea of what to expect. Hades is classic isometric looking action game, where you’ll be dashing through enemies and bosses while enjoying a deep and rich story. There has always been a niggling issue with Supergiant Games past titles where the story can bog down the action or there’s just not enough to get you invested and Hades finally fixes both of these issues. Hades is that superb balance between interesting story and incredibly satisfying gameplay. The interactions with characters change dramatically each time you die and the feeling of getting stronger with each attempt isn’t just reflected in your own skills, your character and weapons level up with you. Hades really nails that RPG feeling when you’re passing through a starting out low level area, dashing through it to reach the harder challenges and being safe in the knowledge that if you’ve dealt with something before you’ve a good chance of it beating it faster the second time.

Hades is now incredibly polished and this release is the closest to a final form it’s going to get. Having started life back in the day with early access it’s now to the point where the amount of content is simply staggering but more importantly it’s enjoyable. As you level up your relations with characters you’ll actually become more invested in the relationships between them and Zagreus. There are even times where you’ll see them interacting between each other and you’ll listen in to find out more about them and their lives in the underworld. The character designs, the story and voiced dialogue is simply out of this world. You’ll be hard pushed to find a better cast and impressively nuanced performances. The artwork on the Series X shines through. The effects pop, the dialogue is easily readable on a big screen and the clear voices resonate with a soundtrack that is absolutely amazing.

Being a roguelike Hades can be a simple roll of the dice away from a failed run and although this can at times feel cheap and frustrating once you get to grips with the boons and keepsakes systems you’ll find yourself working the probabilities in your favour. You’ll be gaining the aspects of gods and characters that allow you a degree of flexibility to the powers you wield and the different weapons feel distinctly different. You’ll find yourself struggling through the early areas with a weapon you don’t really enjoy only to find that you’re somehow in the late stages of Hades crushing monsters with a build you never would have considered before. It’s all about experimentation and finding the style that suits you and unlike a big punishing Dark Souls game, each reset in Hades feels like a step forward. The ways the characters interact with you as a result of death can do a lot to soften the frustration of a failed run and the writing towards the end of the game when you succeed is incredibly gripping. Everything sets up for the incredibly well made ending and the result is that it’s so much more satisfying to see, the epilogue is a fantastic zinger to.

There are plenty of glowing reviews out there for Hades already but this is the first time I’ve really clicked with the game and understood why. Hades has become a game where now I can play it on the sofa with the TV and just pop into the underworld between games for a roll of the dice, slowly working out the best methods and path with each attempt. Despite a minor bug with achievements not unlocking (this is due to Quick Resume, just quit and load again and they pop up) and the minor frustrations of the random nature of fishing and collectables it’s still incredibly enjoyable. There have been moments of absolute bliss when a powerful boss has been defeated to the point where I’ve had to put down the controller and take a moment to recover. There has also been the occasional moment of blinding frustration when a single hit knocked me all the way back to the House of Hades but every single moment is one I’d go back to again and again. The ending is something else and I highly recommend you try your best to reach it because it’s worth every failed attempt to reach it.

10/10 – Sometimes something is popular just because it’s that good.