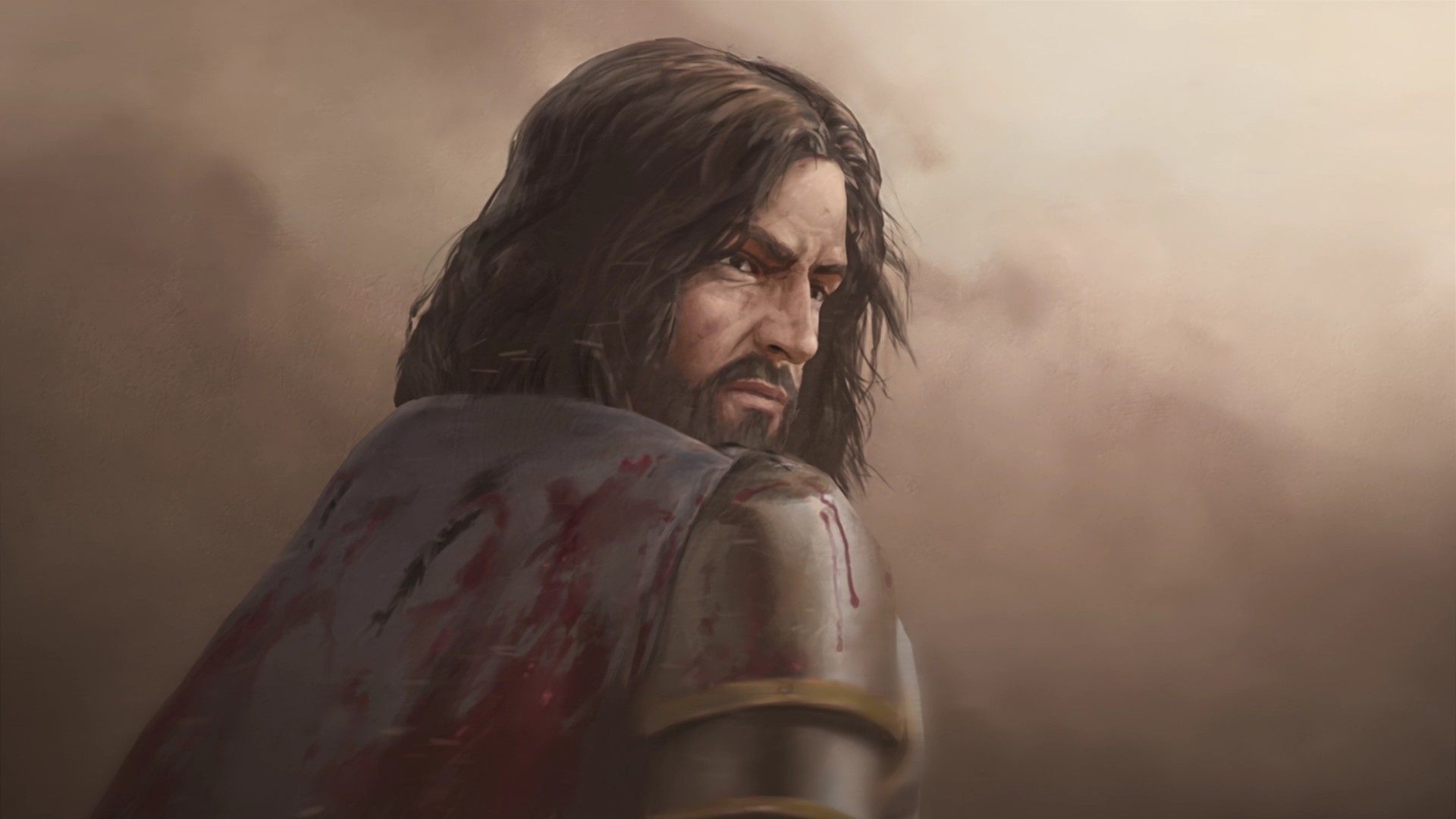 First person melee combat is always a strange beast. Most first person games take the Elder Scrolls approach where your melee attack is just a swing or a harder swing. The Chivalry games are from the school of thought where you can attack in multiple ways and it’s the parrying, blocking and thrust of the battle that’s important. Chivalry 2 is the biggest and brashest of these games now taking Mordhau’s helm for newest type of game in a genre that doesn’t quite have a name yet. I dived in with very little idea of what to expect (I didn’t even know at the time that it was sold as Online Medieval Warfare) I just knew I’d heard positive things about the game and it’s always worth trying something new from time to time!

If you’ve ever played a Soulcalibur game before getting your head around the way combat works in Chivalry 2 is simple enough. You’ve separate horizontal, vertical and direct attack buttons and the way you swing the view effects the speed and angle of the attacks. You can block but ideally you’ll want to be timing your attacks to parry. Blocking and attacking drains your stamina bar and you can also break blocks with a kick attack. You’ll want to be facing a single enemy, looking for an opportunity and striking as many times as you can until they’re dead. This is the theory at least, in reality you’ll just look for people on their own, slash them into pieces and get killed by 3 people together who saw you do it.

There are technically 4 ways to play Chivalry 2; 64 vs with team objectives (2 teams of 32) 40 vs as a Team deathmatch (2 teams of 20) Free for all (just an arena of madness) and 64 vs again but only cycling the new maps. I was genuinely quite surprised that after the tutorial and a cutscene there was no single player content to be found. This is a multiplayer only title akin to Overwatch where there’s the option for Bots but that’s it. A little disappointing given how stylised the teams are and the clear potential for a little campaign. There are 4 classes to play as; The knight, footman and vanguard all feel the same, using a big weapon and a different special to help your team. The archer is where things change drastically as a bow essentially gives you a gun in a knife fight. Regardless of class you can throw any weapon and switch to a smaller secondary weapon (or anything you’ve picked up off the floor) You’ll unlock a different starting weapons as you level up each class. It’s all very grindy but the base tools and weapons do the job of murder well enough you’re unlikely to notice.

There are moments where Chivalry 2 is a stunning game. Before each round starts you’ll see really beautiful vistas and the battlefield really has a great deal of polish to it. When you’re in the thick of it you’ll find it’s easy to tell what’s going on, where you need to go and how to do it. The radial communications system is fantastic but it feels redundant when all you’ll hear is players screaming constantly. The ability to battle cry is used so often in the battlefield you’ll even get tired of using the special speech option to tell them to shut up. Your first few hours of play will be fantastic with the voice lines and reactions being quite funny and well voiced. The problem is it’s a game designed to grind and those lines become tedious quickly. The tutorial becomes especially tedious if you’re struggling, hearing the same dialogue of yelling to do better over and over. There is the option to skip each task but you’ll need every skill to survive for any length of time.

Being an online only multiplayer experience you’ll find Chivalry 2 can flip flop between ridiculous victories and easy defeats. The objectives will progress as you play out that map, starting from simply freeing people or getting to a location and capturing it but you’ll find unless there’s a singular target at the end your team is very unlikely to win. The defending team always feels like it has a stronger advantage and even when you feel like your team is winning you’ll find them strangely clutching back victory regardless. You can watch people run into combat they could never win, ignore the objective entirely and just stand doing nothing and the result is feeling like a very small piece in an unwinnable battle. If you’re trying to grind the free currency or unlock a piece of cosmetic it can feel particularly frustrating to fail when you’ve done your best.

As for the microtransactions, it surprised me how much and how many there are. Chivalry 2 wasn’t a typical AAA priced title at launch but it wasn’t cheap either and although free updates are included in the game as it continues to be a live service it feels a bit cheeky how much is there for purchase. It’s also a bit buggy still on Xbox Series X. I’ve spawned blind and had to go out of bounds to respawn, seen people fall through objects, watches cutscenes in silence except for strange sounds of objects colliding and attacks haven’t landed either due to lag from the other player or just unknown reasons. I’m not a big fan of titles like this having 2 currencies and although there’s a heartfelt message from the game developers if you go to buy the premium currency it still feels iffy. Chivalry 2 feels like it should either be a full big box title like it seems to want to be or a free to play microtransaction driven experience. Torn Banner Studios are a small studio sure, but it’s still a product you’re buying.

There’s something about Chivalry 2 in the core gameplay that is fantastic. It’s incredible how each brush with another player can be. When you come out on top it feels like a victory that was well earned. If you find a good vantage point with the bow and you take your time with a shot or quickly loose a few arrows on someone only to run down and pick up the arrows and go again the feeling is fantastic. It’s just a real shame that for all the great big battles and clashing gameplay there’s this overhanging cloud of level grind and the feeling that no matter how many times you endure another screaming battle cry it really will be all for naught. If you dive into Chivalry 2 you’re going to have a good time just be sure not to spend too long or all the blood will start to rust your experience.