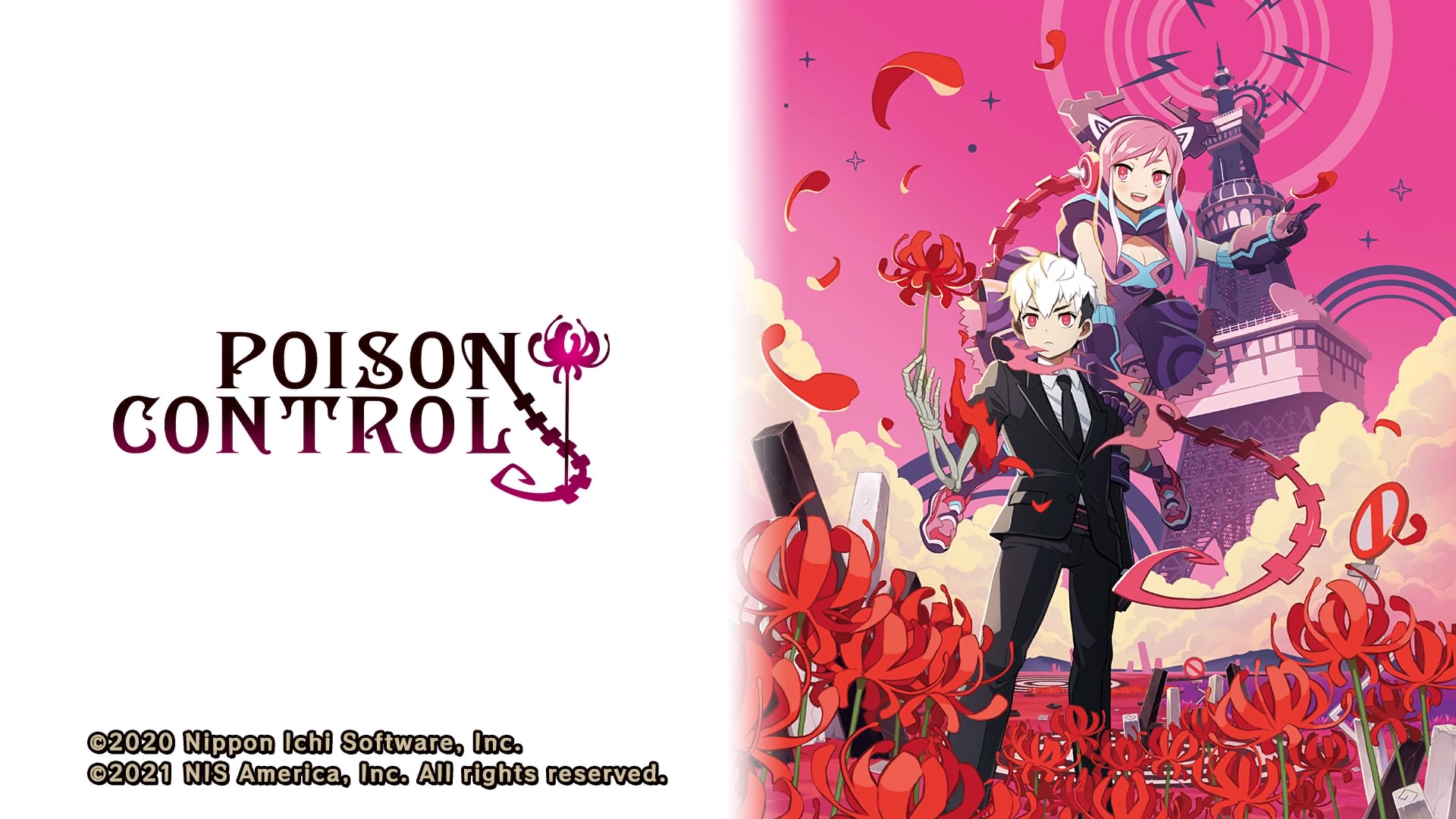 Time is a funny thing. Sometimes you’ll look back at the launch of a game and think, “Really? That was 20 years ago?” and other times you’ll feel like the game came out yesterday. Poison Control launched on the 13th April 2021 but if you told me it had been 2020 I’d have believed you. All sense of time since Covid seems lost to the ages. This moment of reflection comes curtesy of Poison Control reminding me of an old PS2 game called Stretch Panic. Don’t bother looking it up it was no hidden gem but there’s something about the feel of Poison Control that strangely reminds me of it. It’s not the best thing to be compared to so lets just wipe off some poisoned memories and get into it.

Poison Control starts with you creating your character but it’s just a binary choice, what follows is eye rolling cliché humour, the jokes that are starting to feel very worn out these days. One of the first lines of dialogue is “wait… What’s with this humongous rack? Was I always this stacked!?” and that sets the tone for most of the games dialogue. While not particularly offensive it just feels token and stilted while also jarring with the serious tone of the story. You’re a soul tasked with cleaning stages of hell with a Poisonette, making your way to heaven and cleanse each Belle’s hell along the way. The Belle’s have different reasons for being toxic in hell and this can range from finding a lewd mag to cursing people to death and murdering people for a variety of reasons. Nothing really mixes that well and Poison control becomes this awkward swing between silly humour and brutal story with no in-between.

It’s a shame Poison Control is so inconsistent in tone as the core gameplay loop of painting an enclosed shape on the floor to wipe the poison and switching to a gun to blast the enemies has potential. There’s also a really good Persona inspired vibe throughout the game design with the visual text popping, the music and sounds all having that energetic jazzy vibe. When you first get past the dialogue and get out on a level in Poison Control it feels fantastic, the movement is fast, the design is popping and everything is great. It just never really goes past that early ‘great’ moment. The movement feels like the player should be able to upgrade as you progress but it remains the same throughout, the dodge roll’s slow recovery going from a minor annoyance to a death sentence.

Despite having a world hub, Poison Control is a linear game with each level popping up on the hub area to walk over and select. There is a single shop with only 1 incredibly expensive item in it and the way it continually checks for DLC that never happened (the in-game PSN link does nothing) is mildly annoying. Poison Control has linear levels with monsters and poison mire to clean. You’ll be collecting money that’s used for EXP and levelling up equipment you collect throughout but essentially you’ll be grinding the same basic levels with little changing. Everything about Poison Control feels like a game that had some great ideas and early design concepts that were wild but then production just stopped and everything was made the same. There are occasional unique bosses and clever setups for different monsters but later ones are those same levels but now the monsters are more spongy and the damage they can deal is frustrating.

Early on in Poison Control you’ll find a soul that tells you to look in corners and behind boxes for one of the three collectibles in each stage to unlock the Belle as equipment and at first this hunting through a small maze is enjoyable. Eventually you’ll be on such a linear path you’ll collect all 3 without trying and all sense that you need to explore vanishes. The enemies become tougher and unless you’ve collected some alternate weapons to cycle through you’ll be spending long periods waiting for your default weapon to recharge. You can’t start the recharge without using all your bullets, so half the time is spent shooting thin air and running around avoiding ridiculously spongy monsters from killing you in a few hits.

Poison Control is another mediocre lewd disappointment. From the original trailer I really wanted to like Poison Control and this wanting to like and enjoy a game that is doing its best to be dull is something a lot of middling games share. There are interesting ideas at play but Poison Control is a one trick moment then gives up. The frustrating thing is despite the forced lewdness there is some great artwork and despite looping often, it has a cracking soundtrack. The soundbites play so often you’ll be sick of them, the visuals are recycled too much and the shooting is far too clunky and slow. You’ll be relying on your super attack to thin a wave of enemies only for an off-screen enemy to tap you and cancel the attack. Poison Control isn’t all bad, there’s great moments where you chain attacks between enemies and where you can time the clearing of the poison at the right moment to do breaking damage. It’s just a case where too much of a good thing becomes toxic to the whole and there’s just not enough good to go around.