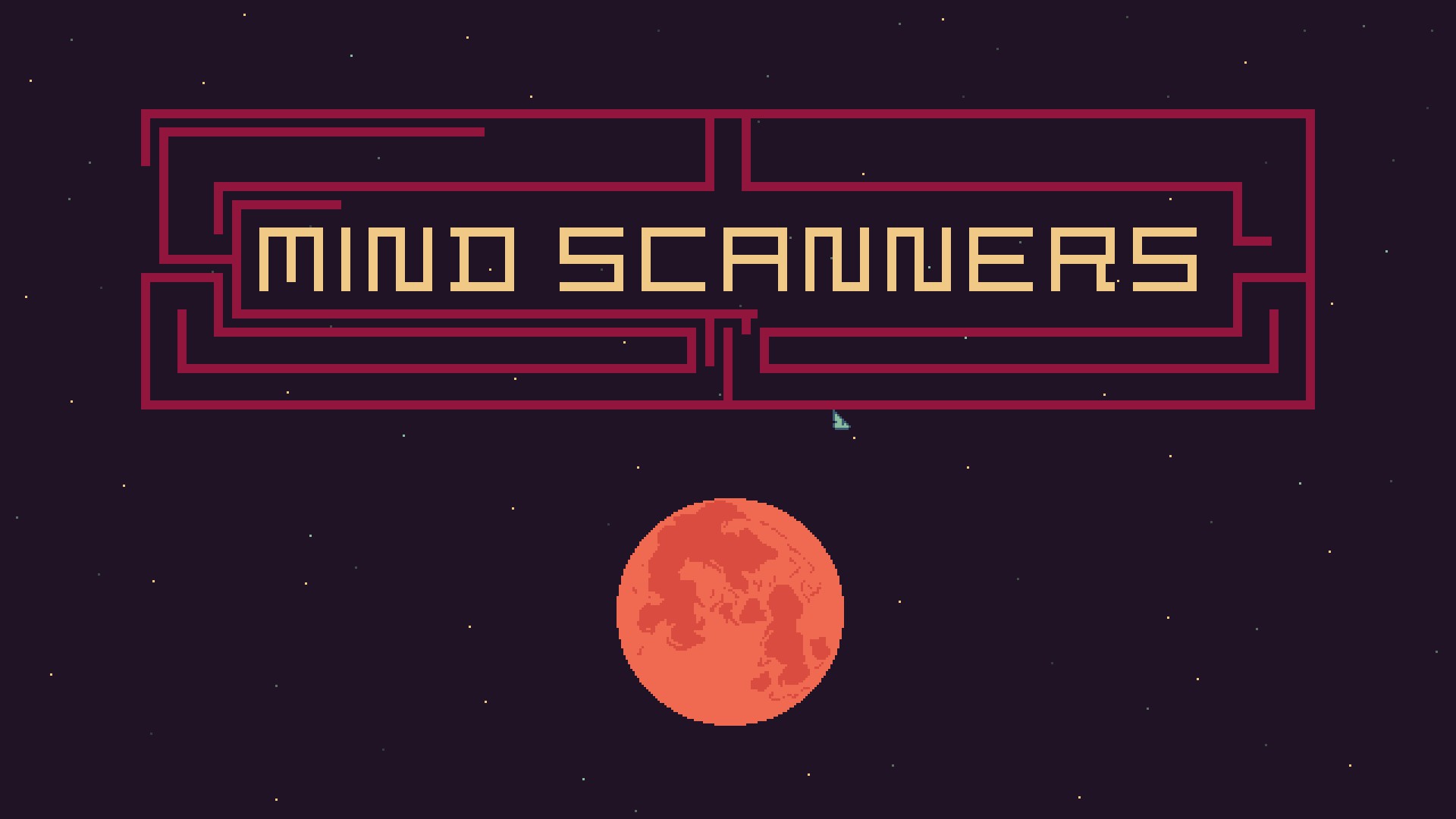 Papers, Please was a massive trend setter for indie games, just as you can’t describe a difficult 3rd person action adventure without comparing it to Dark Souls you can’t play games such as Not Tonight or Beholder without comparisons. Mind Scanners wears its inspirations on its sleeve, there are bits of Papers, Please and elements of classic DOS adventure games from the get go. As I played Mind Scanners my mind continued to make connections to other titles so expect a lot of name drops as we progress! Now let’s plug into the system, speak to the patients and decide if it’s worth the K to conform to the rules or not.

Mind Scanners strangely reminds me more of the old 1981 film Scanners than Blade Runner but the story and visual design successfully capture the feel of Beneath a Steel Sky. The Structure the story takes place in is very insular and oppressive with the systems the city runs off being generally designed to keep people as units and the outsiders outside. You navigate the city via your screen’s console much in the way you would in Hypnospace Outlaw. Every action is a chunky button or dial with all of the games dialogue and text coming through the small text screen. The patients are randomly generated for the most part with a few key people turning up at certain points. Each time you play there are key events that occur with different options to chose which lends Mind Scanners this bizarre roguelike feeling that you don’t expect from such a story focused experience.

Navigating the city of Mind Scanners costs time and each day you’re docked 7K for maintenance of your system. Playing Mind Scanners is a delicate balance of time, money and Science points. Everything you use throughout treatments will need to be unlocked using Time, K and Science so the balancing act of using these resources without screwing up feels like playing Reigns. When you arrive at a patient you will have some dialogue and then using the Mindscan you’ll need to link what they’re saying to one of the 3 options that summarise the dialogue. It’s surprisingly clever for the most part but there can be the occasional interpretation curveball that can feel a little unfair. You need to clear 3 correct interpretations for a diagnosis but thankfully a wrong answer only sets you back a correct answer and a small amount of time. You have unlimited time to decide what to answer and eventually the questions loop so you can progress through multiple rounds with a patient and progress.

Once you’ve diagnosed a patients symptoms things become a little problematic. You’ll need to declare if the patient is Sane or Insane. If they’re ‘Sane’ then you will send them on their way but if they cause issues for the city or people you’ll be fined. You get paid 3 K for diagnosing people Sane but the twist of Mind Scanners is you’ll be paid 15 K if you declare anyone Insane and perform ‘treatment’ on them. Treatment consists of various Among Us style tasks and mini-games with different methods to remove certain aspects of the patients mind. Each machine you can use has a separate task and if you chose the right one you can clear multiple insanity type’s in a row. The side-effect of any successful treatment drains the patient of their personality. The state loves this side-effect but obviously the people who know the patients don’t. It becomes a delicate balance between treating patients and still keeping enough K to not be thrown out of the city (game over) If you mess up with any machine you’ll increase the patients Stress until they’ll snap but using drugs and other machines you can balance this.

The patients you find will have real psychological issues but the game will largely write them as fantastical and extreme. It’s hard to look past the implications of some of them and there are times you’ll need to diagnose someone as Insane when they really aren’t and just need help with treatment. The game is called Mind Scanners and it’s very clear from the go what you’re encouraged to do with patients so you’ll need to be aware going in. For the most part the story is more about how you’re going through all of this for the benefit of your daughter and how the people surrounding you are either innocents caught up in the political clashes or collateral damage. Mind Scanners has a very Mass Effect feeling Paragon / Renegade morality to it and there are multiple routes you can take throughout, each with different endings. The Faraday ending is impressively told and feels like a genocide run in Undertale.

I’ll be interested to read how accessible Mind Scanners is for anyone who is deaf or hard of hearing. There are a lot of actions in the games that do use visual representations to show when different sounds occur but rely heavily on sound queues to complete. Mind Scanners has enjoyably atmospheric music and all of the sounds, bips and effects are incredibly accurate to DOS and 486 games that most retro themed games don’t quite get. Visually everything looks like a game that could have been released in 1994, there’s a definite 2D System Shock vibe to this and everything runs smoothly. What lets Mind Scanners down on a technical level is a lack of any visual settings (it’s full screen and that’s it) Mind Scanners does succeed where a lot of narrative games fail and it makes profile management and rewinding days if you encounter a Game Over state relatively painless.

Mind Scanners is your current indie game with a 1984 Orwellian theme, mixed up with interesting mechanics, a nice retro presentation and a cracking story. It can be incredibly frustrating when you screw up a task (especially using the Lunasucker) or miss clearing an insanity point by 1 second but when this happens Mind Scanners is balanced enough that you’ll be able to have another go without missing out on any of the story occurring. There are some fantastically dark dreamlike moments in the story and the writing and presentation is top notch. If you enjoy bleak, dystopian adventures where you can drastically change the outcome then you’ll have a blast here. Despite the problems with its regards to mental health, Mind Scanners has a feeling of darkness akin to Sunless Sea if it were set in MegaCity One.

Mind Scanners is available from Steam from the 20th May 2021 and you can check it out and wishlist the game in advance here.
Review code was provided by Brave At Night PR (check them out here)

Did you like what you read? Did you know server costs are expensive? Maybe honk about on the site and see if this is something you’d like to see more of? There’s a YouTube channel with quirky clips and more but if you want to directly support the site just click the link here https://ko-fi.com/A0A18JTG and for £3 consider yourself sorted for one good deed done for the day!