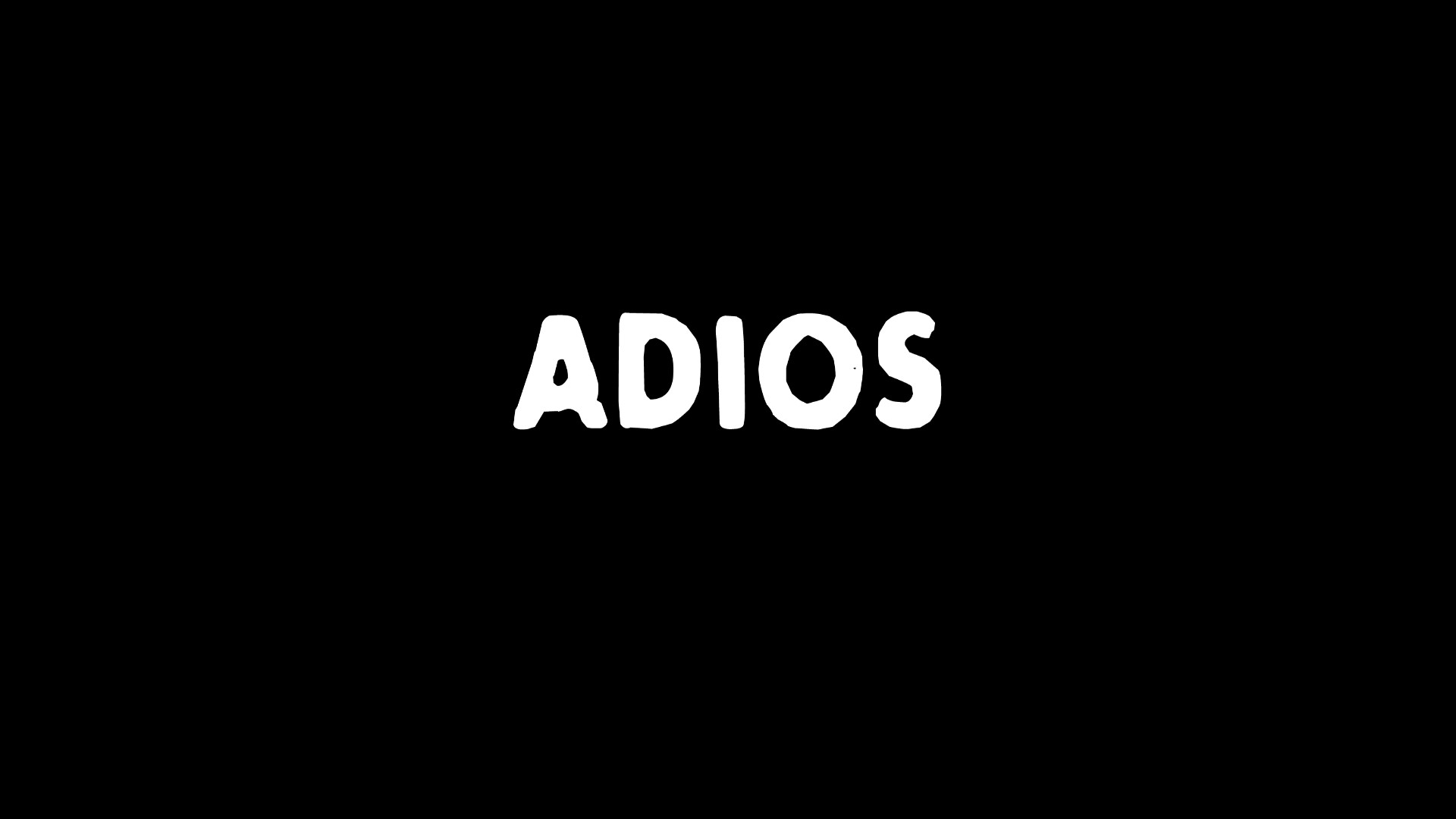 A video game doesn’t need to be primarily focused on gameplay alone. There are plenty of video games out there that use the medium to tell an incredible story alone. Although plenty of these sort of games get classed as ‘walking simulators’ with a negative implication, some of these titles are all time greats. Adios makes no bones about being story focused. Self described as a “cinematic first-person game” you’re in for a short complicated story about a pig farmer stopping his work for the mafia with minor game moments to be had. The player character has decided to put an end to disposing of ‘meat’ for the Mafia and Adios is the consequence of his actions through a lengthy day with his hitman friend. Is it worth the shovelling, fishing and walking though or is it simply a walking sim to say adios to?

I’ve played a few story focused games before and although the “walking sim” isn’t typically a genre I’d jump at, the story of Adios was unique enough to pique my interest. There is a fair amount of walking around with minimal interaction with objects (using keyboard/mouse or a gamepad) As you chat with your friend about the past you’ll occasionally be provided with dialogue options that change what you can discuss further down the line. it goes through a few objectives and scenes eventually leading to THE END where you’ll be back at the title screen free to either restart or pick specific scenes. There isn’t a way (at review) of skipping previously heard dialogue which makes replaying scenes a little tedious, Adios does encourage you to treat this as a one shot playthrough and you will get the most interesting experience simply playing it through with your gut feeling for the first time.

Adios flips back and forth between being gently pleasing on the eye and a really dark indie horror game. There is a pleasant mixture of cell shading and basic models throughout, with some objects having thick black outlines and others none at all. It creates a really nice mood when you’re out looking through the trees and fishing at the lake with the colours being varied and lush. The moving objects, the pigs, horse and humans are disappointingly surreal, appearing clunky and animated strangely. Given the nature of the story it would feel intentional for the hitman to be like this with his movements strange at times but the horse is just creepy and when the player character states, “horses are just beautiful” I couldn’t help but laugh. Thankfully the text is easy to read (the screenshots strangely make it harder to read but in game they are fine) and all the dialogue has subtitles throughout.

There is a really nice audio mix at play with Adios. The ambient noises are fantastic and this sound work really does a great job of setting the atmosphere. Each scene closes with an audio fade out and a fade in with a large Control-like title. It gives a clear indication of when the story is moving on and what each scene consists of. There is an incredible amount of great voice acting in Adios. The main character performs his lines as you’d expect a tired, old American pig farmer to be and the hitman’s performance fits the role incredibly well. The extra’s voice acting is impressive as well. If you use the phone in the kitchen there’s some fantastically realistic and difficult conversations to be had.

Adios is an odd game to recommend. There isn’t a huge amount of game to be had, in an hour you’ll have chatted, milked a goat, shovelled pig poo, messed around with the interactive items and have seen the ending. Without spoiling it, the ending is by the numbers and although it’s inevitable, you’re still left feeling like there’s other routes to be taken. After a few replays it does feel like that ending is never going to change with only minor largely cosmetic differences to be had. There are a few technical hiccups but nothing game-breaking and plenty of options to tinker with. Adios really shines in the middle of the game with some of the conversations incredibly well written and acted. It’s short, enjoyable, a little clunky and something entirely unique. If you’re looking for something a little different then Adios is definitely that.