Hands up if you remembered Disintegration was still a thing. Yeah me to. I know the E3 announcement trailer from last year was a stunning thing but after the wonder of E3 died away all of that hype seems to have fizzled. I didn’t see that much news about V1 Interactive’s big new project but thankfully I spotted the notice that they were asking for sign ups for the Technical Beta. Always a sucker to play a beta for a video game. Sign me up! Then the Technical Beta email was received, the best kind of email. 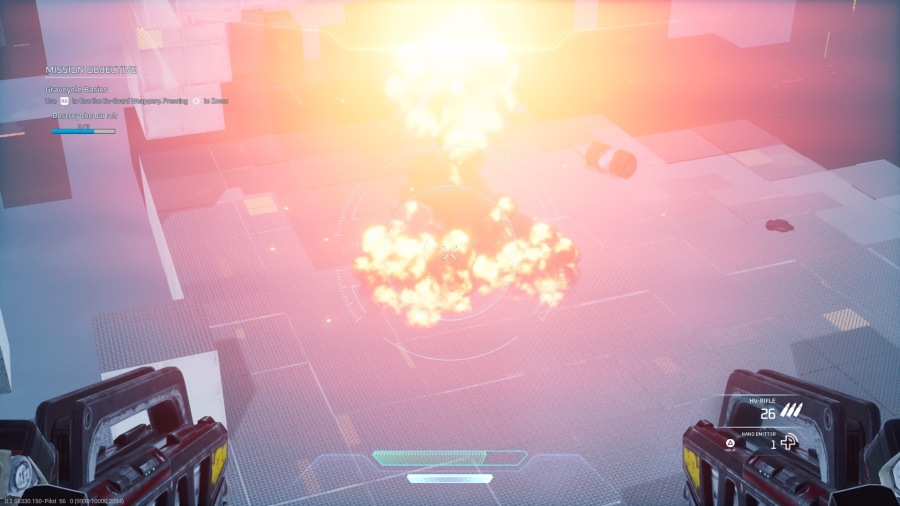 What exactly is Disintegration then? If you’ve ever played Tunnel B1 or Blam! Machinehead then you’ll feel an odd twinge of nostalgia here. You control a hovering craft that can fly to a limited height over ground. Equipped with your guns it’s up to you to command your small crew to victory using a few commands and firepower. There will be a full single-player campaign on release but the main reason for the beta is the multiplayer component. Thankfully the tutorial is very comprehensive for the controls and flying, helping you adjust to the gameplay before you get to anything competitive. Switching from standard FPS to a floating vehicle feeling for shooting takes some getting used to but the transition isn’t as hard as you’d think.

Getting to grips with commanding a small crew of units and using your main character to either flank or draw fire to get hits does take a bit of getting used to. Once you figure out the critical hits system and what to focus on when in combat everything does start to have a flow to it. It’s a real cluster to get to grips with at the start and you will likely feel overwhelmed when you’ve numerous enemy units all firing all over and you’re trying to survive. The key is to manage your focus. Once you start thinking of the game as a DOTA style FPS with lanes and only so much you can do at one time it becomes an adrenaline rush that I know I didn’t expect from a vehicle command combat game.

There will be 3 modes in the main games online multiplayer but I spent my time having a blast in the Retrieval mode. A sort of hybrid of capture the flag and conquest from every other FPS game. You get to a zone, send your crew to retrieve a core then they transport it to the drop off point, the more you get there the more you win. It becomes a similar cat and mouse chase where you’ll be trying to interpret what your other team mates will be doing and attacking or defending appropriately. The fact you as a player can’t carry the core forces you to think about your crew and direct a safe path. 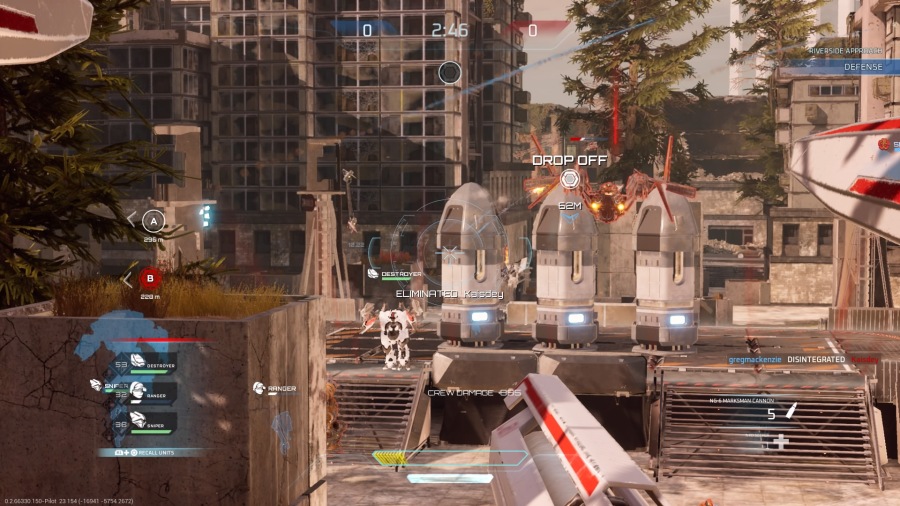 Disintegration is a lot to take in all at once. When you drop into an FPS game typically you only worry about your team or the objective. The multiplayer was 3 vs 3 which is easy enough to understand at first. Each player picks a class with has different units for their crew, guns and abilities. All fairly easy to get to grips with until you remember that each player has their crew with them (or sent off to attack or defend a different area) Throw all of that into relatively small maps and you’ll find yourself navigating a gunfight between 18 units, some semi-automated and some human. Thankfully there are different roles to the classes with a focus for attacking, healing players and (my favourite) attacking other players shields and being incredibly fast. 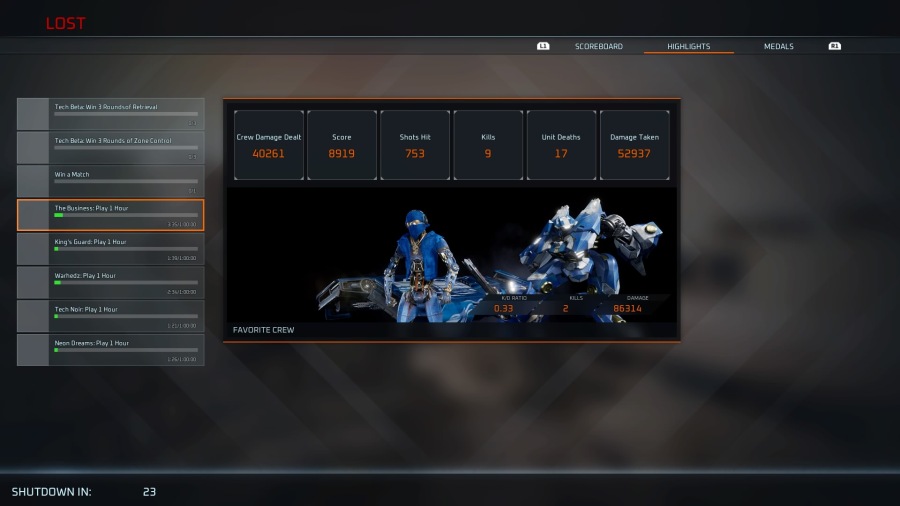 Disintegration knows how to keep you playing. There is in game currency that you gain by completing challenges and daily missions but there are bonuses you can receive each game as well. You’ll be wanting to unlock those colours and customization options. Each class has different skins, players have customizable banners, badges, emotes and there’s even a little dangle item attachment for your ship (similar to antennas in Rocket League) Not that I’m entirely sure anyone will notice much of this when the battles really get going but you do get a good look at the player that killed you while you wait to re-spawn.

Visually Disintegration has a lot going on. It may not be the most polished game at times but that frame-rate was staggering and given how much was going on at any given time, I’d prefer a drop in detail over a drop in smoothness any day. The netcode was also fantastic, the team balance was a little janky but this is a Beta so in the full game I’m sure it’ll work out much better. Apex really has raised the bar so high with its ping system for communications that I feel like it needs to be standard in any game now and the basic emote wheel here just doesn’t quite cut it. Given it’s a small team game at its core I think voice chat will be the key for this one with a Rocket League mentality to each game.

What’s the take away from the Technical Beta then? Well, Disintegration is a lot of fun! It really is a blast, zipping around shooting out other players from above and below. Telling your crew to go attack someone weak, spamming every special they have and making sure they resurrect quickly by collecting their heads when they die all sort of blends nicely. It all boils down to become a frantic action experience that reminds me a lot of the action scenes in Gundam Seed. A different experience and definitely one worth keeping an eye out for when it launches.

Disintegration doesn’t have a launch date yet but is currently Q2 2020 so keep an eye out! Check out Disintegration here and V1 Interactive here!