It’s that time of year again! A list that never seems to end, a review that always feels stranded, deadlines all over the place, too much to do, a general election to be crushingly disappointed by, Christmas is coming up and we all want more cake! Let’s just hope it’s not a lie. YES THAT JOKE’S STILL FUNNY, IT’S A DECADE JOKE! WHAT? PORTAL CAME OUT IN 2007? YES WELL DECADES ARE STATISTICA-

Anyway. Lets get this show on the road!

The most Stranding Game of 2019

We all do it. Once a year, like clockwork we sign into Minecraft. Tinkering with the options we click the buttons and fabricate ourselves a new world. Then it’s time to plan to spend half an hour but actually take the next 4 hours playing, crafting a house and maybe a little farm before realising we should be doing something more productive. This year was the first step into Realms for me (Realms is the Microsoft cash cow where you pay them to host a World in Minecraft for you) I had forgotten how good an online server you don’t have to faff with can be. Friends joining up for projects and nipping on in their own time to play. Wonderful inventions, exploration and brilliantly enjoyable.

Why is it king of the stranding genre? Anyone who’s ever played Minecraft knows that you have to connect villages to your house and various locations otherwise they’ll be lost forever. Exploring out into unknown areas only to be attacked by mobs and literally stranded unless help comes. The wiggly squiggly of the new Stranding genre.

The Biggest Disappointment for 2019

I got quite a bit of stick from my review, calling out MUA3 as the boring grindy unbalanced mess that it is. People seemed to think I delighted in pointing out its flaws but this couldn’t be further from the truth. I was all hype at E3 when it was announced and was jumping at the chance to play a great Marvel mashup of comics and action. Most of the time playing Marvel’s Worst Alliance 3 was spent in utter disbelief this was the finished product. Hell if you enjoyed it great! More power to you. I would rather play a heavily modded X-Men looking Warcraft 3 than endure anymore of that. 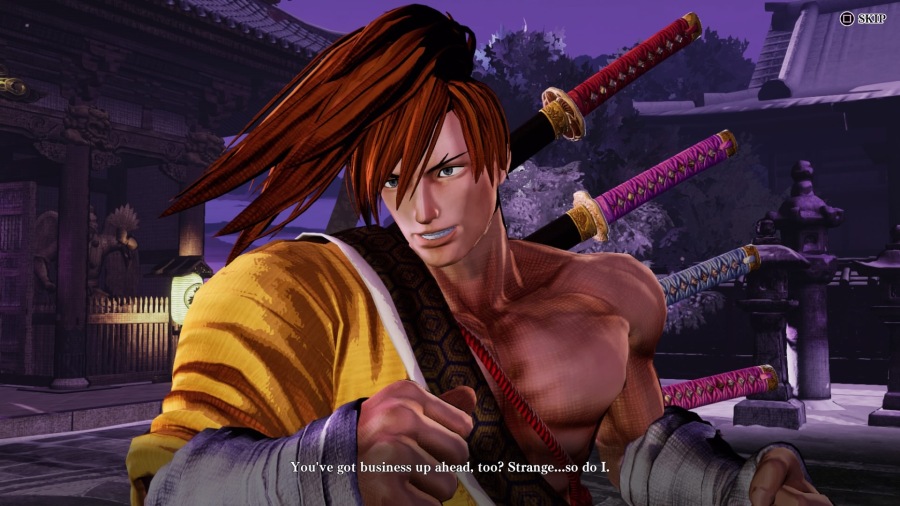 I played the hell out of Samshow when it launched. The mix of insanely high damage and clever counters had me hooked from day one. I played through the story mode with a few characters and that ridiculous SNK boss that will never be forgotten. Then for some reason it just slowly got pushed to the back of the pile and left to play every now and then for a quick go online. I try to remind myself that I wasn’t actually that bad at it and it’s worth playing more often. EVO this year had some fantastic finals and launched some new DLC. I had a go at that but it feels like Samurai Showdown has been around a lot longer than it has. Maybe it’s just the title.

The game I finished and still wanted more in 2019

There’s a good reason I wrote about how 4/10 games are the polar opposite of 6/10 good recommendation games. I would never willingly recommend anyone play Pokemon Masters without a lot of caveats and yet here we are. Reaching the end of the year and I’m still signing in daily for my fix of this grindy mess. Pokemon Masters is objectively terrible; It regularly cheats, makes you grind for gems, items and all the essentials but yet here I am. Running the game on my phone in the background, letting the broken AI grind a few more battles just to level up another Pokemon and hopefully take down a ludicrously cheap overpowered event Pokemon. Pokemon Masters is the e-cig of mobile gaming. Terrible for you and yet you’ll still try the butterscotch flavor just to make that addiction a little more bearable.

Occasionally as it might shock you to read, I’m on a different curve to most sites on ElderlyGoose.com. There have been games in the past I’ve rented for review (if a review copy is provided anything will be reviewed honestly regardless of quality) but by the time the rental has arrived reviews are already everywhere and the game is pretty bad anyway. This the reason why in 2018 there wasn’t a review for New Gundam Breaker on the site. After a few hours of the PS4 fan blasting itself to max and 3 pixel high subtitles I was completely done with subjecting myself to anymore of that. Funnily enough as masochistic as I can be, I don’t feel like pushing myself to more of a terrible game just to get another “Ah this is pretty awful” review for the site. Death end reQuest was always a ‘maybe review’ for the site but after 20 minutes of the game it felt like I had confirmed it was very not for me. Cheesecake has its place in anime games but when it’s this level and mixed with excessive violence I find myself wondering. Who eats cheesecake when it’s literally a cake of cheese?

It was never really going to be anything else this year was it? Untitled Goose Game will always have a place to stay in our house and if Control hadn’t been quite as good it would have easily stolen the trophy. Control was the first 10/10 for ElderlyGoose.com and with good reason. A fantastic story that’s still stayed with me long completing. A fabulous blast of action and adventure. Exploring the incredibly designed Federal Bureau of Control was an absolute joy of pure wonder and everything that came with it. The ‘wow’ moments just kept on coming and didn’t stop until the credits ended.
Make sure to find time for it.

Now that you’ve enjoyed the award ceremony why not stay for the after party!