Everyone has a favourite Final Fantasy game. It’s a huge series and like it or loathe it, you always find yourself either clicking with a character, story or a style of gameplay and preferring it more over the other ones. It’s the same for most video game series with multiple sequels, everyone has their favourite and their least liked. Disgaea is no different. For me I always have a soft spot for Disgaea 1 and never really cared much for Disgaea 4. Originally being released on the PS3 in 2011 and then ported to PsVita in 2014, I found myself playing it mostly on the PsVita but never really ‘clicking’ with the story or characters. Given how the years have passed and we’ve had the newest Disgaea 5 and a remaster of Disgaea 1 on Switch, how does the 4th title in the series sit?

The answer is surprisingly well. The main reason Disgaea 4 Complete + was ported to Switch before 2 or 3 is fairly obvious when you look back at the past titles. Disgaea 4 was the first in the series to use the incredibly drawn sprites that are now a staple of every game in the series. The turn based combat has all the functions from the previous 3 original titles with none of the new features from 5 and it’s quite jarring to be thrown between the old and new. 10 characters at a time to deploy, turn based combat syncing up attacks, lifting and throwing units, leveling up a custom army, Geo Cubes (now with legs) that result in 3 dimensional puzzles that require units, timing and strategy to trigger huge changes to the map and flow of combat. Regardless of what features you’re expecting to see Disgaea 4 Complete + still has the fantastic core strategy that makes it a stand out experience amongst other titles in the genre.

There has been a little polish to Disgaea 4 Complete + following its port to Switch. The artwork has been scaled up and although it’s lacking that subtle level of finesse from Disgaea 5 the characters and sprites quality shines through. All of the 3D models and textures are crisp but are lacking detail and it does feel like a very accomplished PsVita title given new text UI to fit to the new release and little else. When you pull off a high level spell the effects aren’t great but that resolution bump isn’t necessarily all bad, everything flows nicely both in docked and handheld and it’s a very colourful and well made title. I found myself holding the Switch in my hands a lot more with Disgaea 4 than any other Switch title and it’s a great reminder of how well the series of games performs on handheld systems. 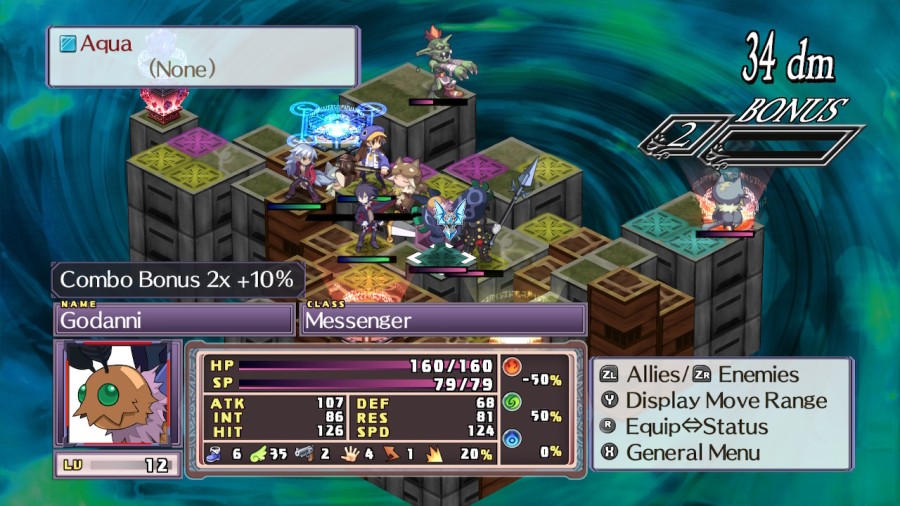 Regardless of how much you enjoy the characters and story, Disgaea 4 Complete + has both fantastic voice work and acting. Both the dub and sub are acted well and the script has some cracking lines of dialogue with easy to read translations not taking any of the subtly from the Japanese original (there’s a fair amount of swearing) The sound effects are suitably thrashy and punchy and monsters sound awesome. The musical score has some of the best background music in the series. Nothing annoying, nothing offensive to the ears and all brilliantly classic in a simple to loop way. Its only fault is how it never really lifts to anything gripping enough to remember or stand out but in a game where you’ll likely spend hours on the same screen that’s a great achievement to make.

The biggest problem with reviewing a title like Disgaea 4 Complete + is how completely + it is. There are so many systems, extras, additional content characters, item worlds, pirate worlds, evilities, skills and areas to cover that you can spend hours simply tinkering on your squad and never progressing at all. A great example is when you stumble across and unlock the map editor (because in classic Disgaea style it’s not simply there you have to find it). Once you’re in this extra section you can further unlock items, styles and terrain using the in-game HL currency and upload them for other players or simply spend a few days making your ideal home base. If you find the dropping of HL from levels is too low simply pop to the cheat shop (once you unlock that from the senate) and change the drop rate with the only consequence lowering the EXP or Mana dropped instead. The possibilities become endless and the more you unlock the further down the content rabbit hole you go. Needlessly tinkering just to get yet another character to their max stats for the sake of it to see what the next unlockable class will be. 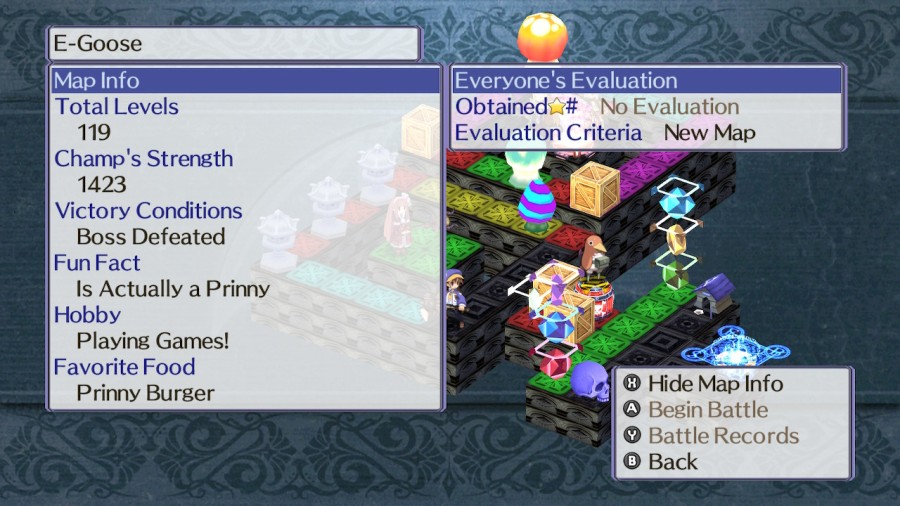 Make no mistake Disgaea 4 Complete + is no cake walk. I’ve always found the difficulty curve in the story levels incredibly brutal with a hard shunt to getting more Game Overs and pushing back to grind than other entries in the series. This port has changed nothing to that aspect and it’s still a case that multiple saves are a must. There are multiple endings to the story but as long as you take your time and power up your equipment and character stats then you’ll make it through eventually. Getting used to sending out characters and monsters to magichange into weapons and wrestling with the camera is all part of the curve that feels almost From Software in its execution. Disgaea 5 really does ease you in but Disgaea 4 Complete + does have a nasty habit of assuming you know what’s best for everyone from the go with the minimal tutorials only really explaining the basics. Even the Fusion technique is largely left to the enemy to show you how it’s done through difficult levels later in the story or heavy experimentation and grind. 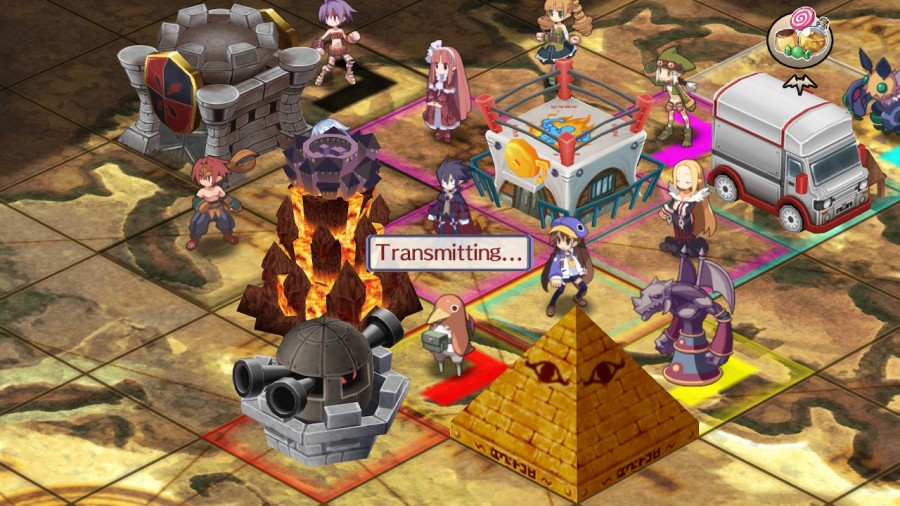 I’ll admit, I went into Disgaea 4 Complete + with a little trepidation. It’s never been an easy game to get into but after a few levels of grind and finding the right balance of monster to human, monster to monster and method for dealing with the levels it all slowly comes together. The port is a perfect transition of the classic but that is partly the problem. Hours of tinkering to get your online party and setup just right can feel amazing but waiting for the system to Transfer each time you head back to the area map gets tedious. If you’re new to Disgaea I’d recommend playing 5, if you’re a die hard fan I’d recommend 1 and that just leaves 4 somewhere in the middle. Disgaea 4 Complete + is still great fun and if you want to spent a lot of time playing an addictive SRPG on the Switch you should look no further dood.