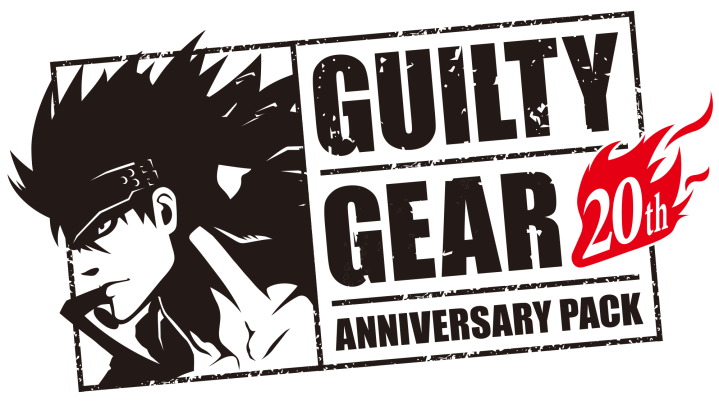 I love the Guilty Gear series and have done for years. I was always a Sega gamer, even up to and including the Saturn. When I finally arrived at university and found out how many titles I’d been missing out on I blew my first pay slip on a PlayStation. After realising that Capcom Vs SNK 1 was not quite as good as I had expected, I started picking up other titles and out of curiosity purchased Guilty Gear. As I type this I have a Guilty Gear Xrd Rev2 artwork on my wall (183/500) and more than a few Guilty Gear soundtracks in a playlist blasting out of the speakers. I think this establishes how much I love the series and the idea of an anniversary port of the original to Switch was more than something to look forward to. Is it worth diving back into? Or is it worth leaving in the past?

Guilty Gear is an odd 2D fighter now and even back in what is considered retro gaming’s ‘glory days‘ it was a little bonkers. You have so many systems and ideas that were just wildly thrown in for style and not a lot of reasoning. Some of these systems have been refined like a fine wine since then but classic GG still has an instant kill system that simply requires a parry and fireball motion to perform, roman cancels, the ability to boost your special attacks with charging, Chaos attacks and a speed that was something that required adapting to. It was all new and exciting back in the day and the rock and metal soundtrack was just a breath of fresh air. Now that so much time has passed a lot of those systems simply don’t work and you’ll find yourself frustrated with both a taunt, respect button and a relentless Ai.

This port of Guilty Gear from Ps1 to Switch is very bare-bones. Other than super quick loading times and a little polish to the borders there’s nothing new to offer. There’s support for 2 joycons for a local Vs mode but this feels like the game was ported more as an afterthought than anything else. If we hadn’t recently had anniversary editions of rival 2D fighters I might have been more than happy for a simple port but the game has been essentially left in the same state as it was back in 2000 for the PS1 and other companies have shown us the level of extras a port can receive. Don’t expect a modern tutorial or guide added either, this is all left to a screenshot and some text. It all feels like the game was only released for those that really badly wanted it ported and nothing else.

It’s not all bad though. There’s a few things Guilty Gear classic has that have aged fantastically. The soundtrack for one. You’ll find yourself humming along to all of these original smashers. The clanks, slight voice work and all the sound work is absolutely gold. Also a strange side effect of being on the Switch is that the joycons level the playing for everyone. You’ll find a match is 50/50 to newcomers and classic players. Trying to do any combos or moves is almost impossible but in a fun handicapped sort of sense. Playing locally is a great experience but not by design just a reminder of how learning an old game from scratch can really be a laugh with friends.

It should be fairly obvious at this point that this port of Guilty Gear is really for those who know who Dr. Baldhead is and really want a like for like of that Ps1 disc they have on the shelf (I know I still have my copy!). When you start to play the Arcade Mode and remember how unbalanced and frustrating the AI can be you’ll realize why it took 21 years to get a port of it. If you really want to play an old 2D fighter with friends it’s a great mash up for local play or a die hard fan for a few moments of nostalgia but I’d recommend you leave this one mainly in the past. Joycons are expensive to replace and breaking them because the Ai was cheating for the 50th time destroying you for 2 rounds in one shot is not something to go into without forewarning.

Hey!
Did you like what you read? Did you enjoy the fact there were no adverts for your adblocker to deal with? Maybe consider buying your old pal ElderlyGoose a Kofi?
Just click the link here https://ko-fi.com/A0A18JTG and consider yourself sorted for one good deed done for the day!
I don’t run a Patreon because all the work I create ends up on the site in one way or another and I fund the site myself so any money does directly go to the site to fund the web hosting and such, anything left over will go on games and coffee!

One thought on “Guilty Gear – Switch”