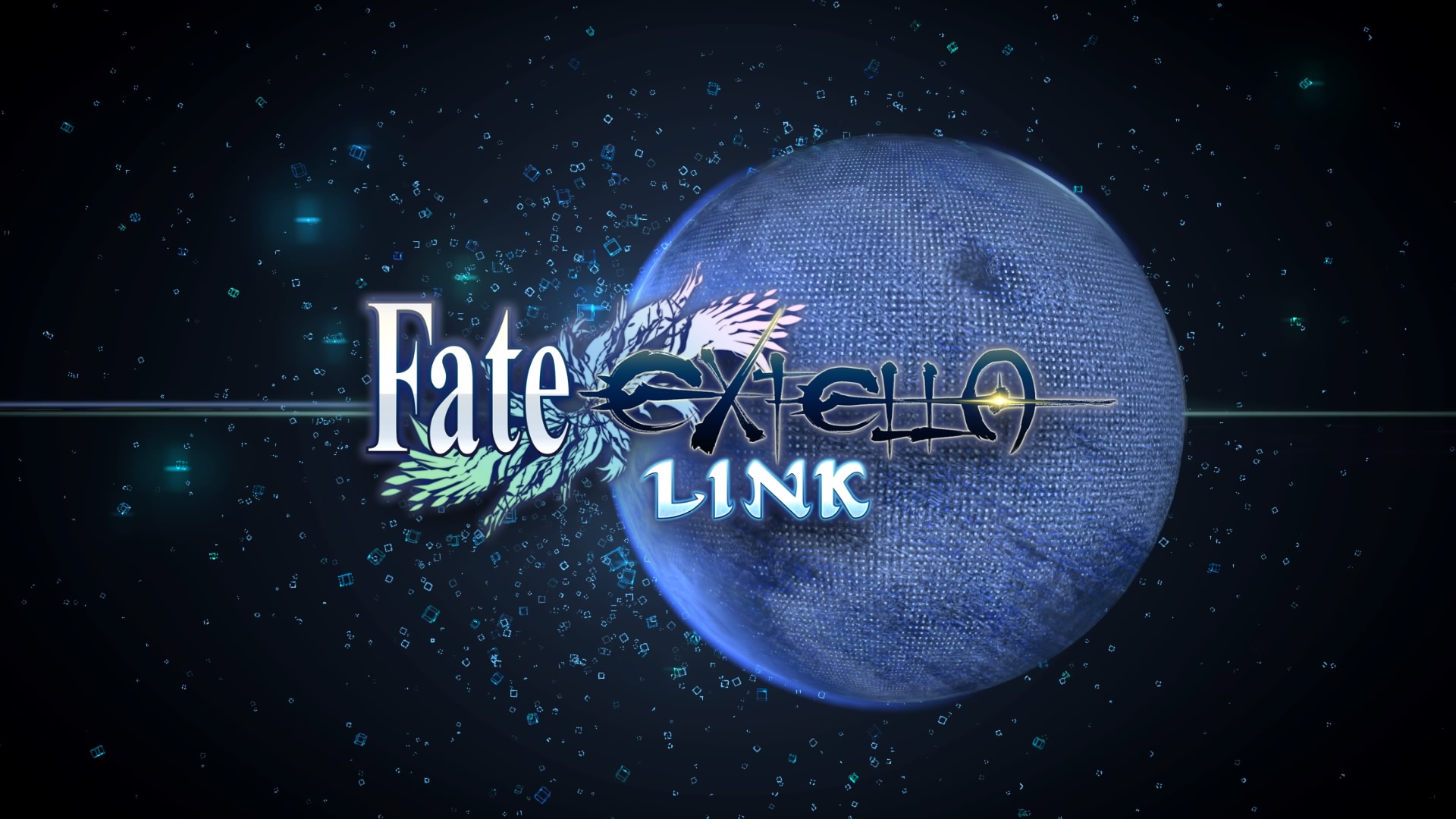 Seriously, I can’t believe how long it has been since I interacted with the Fate series. I watched the original Fate/Stay Night and Fate/Zero a few years back but since then there have been many spin off series, films and games and I’ve completely lost track. I always thought I’d seen “Fate/Stay Night the anime series” but it turns out that was the serialization of Unlimited Blade Works. Even the first Fate/Extella: The Umbral Star was something I knew of but I couldn’t get to at the time. Given how accessible all of the spin off series of Fate/Stay appear to be I’d see how accessible Fate/Extella Link is for a new comer. With a faint idea of who Saber and Berserker are and the way the servant master relationship works I dived right in but would this win me the grail war or simply get me gruesomely murdered by an obscure historical figure.

Hindered at the start, Fate/Extella Link begins with a bare bones menu where your choices are either Options or Story. You unlock content through the story mode but even Multiplayer is locked out at first. I have to admit that after this surprise I was expecting a by-the-numbers Dynasty Warriors clone where the characters were just new skins for the same old mash. I am happy to report that Fate/Extella Link is nothing like that and a masterclass in taking a predictable formula and refining it into something special. Sure the controls feel like Dynasty Warriors and the same principle of making sure your character is in the right location and building up meters is all here but everything works brilliantly and there’s plenty new to enjoy.

Only the best Dynasty Warrior style games bring something new to the table and fit it in with the source material and Fate/Extella Link is one of those. The reason the game forces you through the Story mode to unlock the content is simple, the original series was all about a visual novel and various series that are predominantly story focused solo experiences. It fits surprisingly well and you don’t need to know all about the Holy Grail War and how the virtual world of SE.RA.PH (yes it’s a stupid name) works to enjoy the narrative. It’s easy to follow and rewarding with unlockable paths that are clearly set out with choices in the story and 3 endings that essentially build upon the narrative as they go. There is a little recycled material by the 3rd branch of story content but it’s so little you won’t notice and by then your investment with the characters will pay off.

Where Fate/Extella Link really shines (quite literally at times) is in the combat. The graphics are a cacophony of particles, various enemy types, super flashy moves, motion blur and moments of ludicrously brilliant over the top specials. Even with all the action on screen it’s incredibly easy as the player to know exactly what’s going on. The number of delightful touches to the simple combo structure keeps the gameplay enjoyable. There is a simple but visually brilliant clash mechanic where you strike when an opponent does and you have to mash square faster than them which is a staple of Dynasty Warriors but the combat animation is much more frenzied here. There’s an ability to link up with allies nearby when you knock an opponent into the air to attack like crazy. The fast paced system of warping quickly between staging areas helps keep the pace quick and urgent. The raising of bonds with characters leading them to jump in mid-combat and help with defense Naruto Storm style encourages completing the side missions. The fantastic 3 command system that allows you to either warp to any area helps you recover your position if you get caught out. It all makes for a blisteringly fast paced and striking gameplay experience that’s just simply a joy. This is Dynasty Warriors at its heart but dialed up to 11 with a shot of anime extremity and energy.

Between the micromanagement of the characters special attacks, bonds, support, mystic codes (items) and install skills (equipped buffs) there’s still a lot to take in but there are tutorials and just enough hand holding to get everything explained. You’ll find the loop of watching a cutscene, managing your character, combat, more story, more combat, the results of combat and more story just incredibly gripping. That’s not to say the combat isn’t the focus but you’ll find yourself tinkering with your character and making sure everyone is leveled up to the same as your main servant just as much. You gain QP (money) from each enemy servant defeated or area captured and the amount you collect is enough to easily allow you to purchase almost everything, it was 2 playthroughs before I found myself stopping from purchasing one of every item. The ‘Money is Power’ system allows you to buy levels for a servant to raise them to your highest level character and allows you to try each new one without grinding or feeling under-leveled.

Impressively despite all the action on screen and simplicity of some of the models Fate/Extella Link is absolutely stunning. It never drops a noticeable frame despite the ludicrous number of enemies, particles and absolute bombastic madness going on. The 2D artwork can be a little hit and miss, some of the characters got a lot more love than others and when you look a little closer you realize how they manage to pull off some of the high number of objects on screen. One of Fate/Extella Link’s biggest caveats is that this is a Marvelous! title, as expected some characters outfits do raise an eyebrow as to why they wouldn’t wear clothes over lingerie but what surprised me the most is how the camerawork actively tries to cover this issue. Sure you’ll find characters like Altera are almost nude but when she poses after exploding what is essentially a planet onto enemies, the camera shifts to not present the ridiculous outfit. It’s a welcome direction that does take a bit of the sting from the ridiculously sexulized characters. What also helps is a lot of the characters are lifted from Fate/Stay where the designs weren’t so heavily focused on T&A.

Zealous Japanese voice work helps lift the story and throughout Fate/Extella it is absolutely exceptional. The voices sound familiar for the ones I knew from the anime of yonder and the fact you can try to converse with Berserker just to get “….” is fantastic. The dialogue is punchy as well with a lot of jokes and scenes landing incredibly well and the translation is impressively a little sweary at times (which it should be when people are swearing in Japanese) Fate/Extella Link also surprisingly has plenty of rock synth music is to be had, less in a Fate style and more fitting in with a classic Dynasty fashion. What sets the music apart from typical Dynasty clone is that Fate/Extella Link does have tracks that I found myself humming for a while after playing and even being rock focused manages to have a few big symphonic numbers. The crashes, explosions and sword swipes are brilliant and everything has a weight to it that adds to the feeling that flows through the game from start to finish.

Zodiacs and obscure historical past events and characters aside Fate/Extella Link looks like a short game on paper but there is a lot of content here to explore. It’s disappointing there’s over 50 items of cosmetic DLC on the PSN store because each character in the game feels uniquely different. Each has a large catalogue of specials with more unlocking as their levels do and even the running and jumping in combat feels tailored to the weight of each weapon being used. There are some crossover costumes from the previous title and a few to unlock from playing the freeplay stages after the main story has finished but you’ll find yourself mostly focusing on getting everyone’s bond raised and enjoying the perks of that. The levels quickly climb in the extra stages as well from the 20/30s in Story mode to 120/130 which unfortunately speaks less about the progression and more about gating off extra costumes for grind.

You’ll find yourself asking the question; What other game that isn’t a JRPG can you spend an hour improving your relationship with a character, then having them jump in during combat to help you absolutely smash through thousands of enemies, save a virtual world from being assimilated by a villain who has his own reasons for doing so and all the while colorful explosions go off everywhere? It’s such a shame there are a few niggles and caveats here, the circle button being cancel in any menu, the touchpad being the button used to confirm anything and the difficulty options being pretty pointless until the 3rd story arc. All of these niggles and the ridiculous original characters just stop it being a blanket recommendation without a few caveats. If you’re in the mood to play an anime feeling over the top fantastic Dynasty/Omega/Mosou style game then jump right in you’ll have a blast. 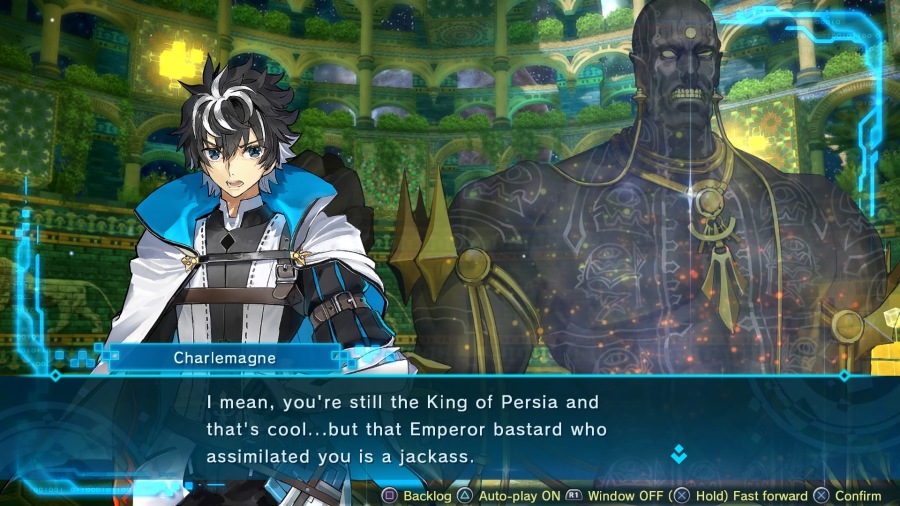 Hey! Did you like what you read? Did you enjoy the fact there were no adverts for your adblocker to deal with? Maybe consider buying your old pal ElderlyGoose a Kofi? Just click the link here https://ko-fi.com/A0A18JTG and consider yourself sorted for one good deed done for the day!
I don’t run a Patreon because all the work I create ends up on the site in one way or another and I fund the site myself so any money does directly go to the site to fund the web hosting and such, anything left over will go on games and coffee!