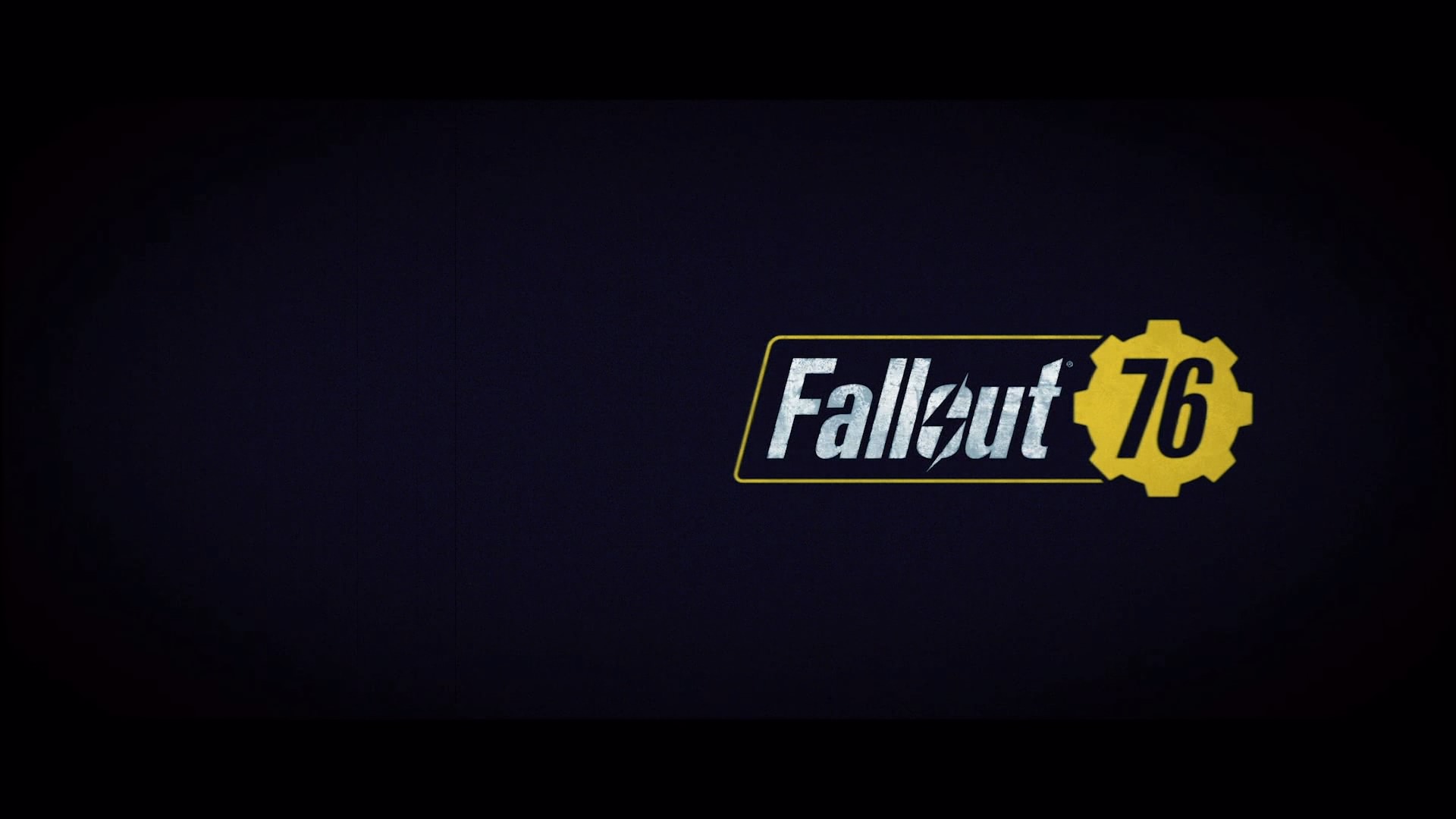 This is going to be an ongoing game that will likely have new content added and big game changing patches. As I learnt from Destiny2 and No Mans Sky the core game can change drastically so this is your review as of November 2018 and not that far from its launch date, we’ve had a few bug fix patches but this is essentially the core experience for the next few months unless something drastic happens.

War, War never changes. Unless it’s a spinoff game from the original and then it changes quite drastically. The original isometric turn based games of Fallout were taken in a different direction by Bethesda into it’s now recognisable FPS/RPG hybrid. Since Bethesda took the reigns and changed the formula we’ve had two sequels a spinoff and a few DLC expansions. 3 years since Fallout 4 we’re now here with Fallout 76, was it worth the wait or is this just another mutation that’s best off staying in the vault?

If you’ve played any of the newer Fallout titles you know what to expect by now. A first person shooter with RPG elements, inventory management and exploring a wide open world filled with oddities and places to explore. The big change this time is that Fallout 76 is always online and as such V.A.T.S and other Fallout staples have had to be changed to fit this new setup. Rather than slowing time for a % chance at a precision hit the game continues as normal but the % is simply a chance the auto-aim will hit the target, the target in question will be the entire full body as the game now requires a perk to change the targeting to specific body parts. Perks are now a mix of a standard limited set you start out with and random sets that can be boosted and slotted in depending on your Special points (the stats of Fallout; Strength Perception Endurance Charisma Intelligence Agility Luck) Each level you can bump up a stat by one and every-other level you open a pack of perks which you can choose one card to equip. It takes the tried and tested method for leveling up and tries something new that works for the most part, combining and leveling up cards can be fun but the system isn’t really explained particularly well and takes a bit of experimenting to get to grips with.

The basic controls and interface works well enough, you point and shoot or aim and interact with objects. V.A.T.S uses AP (Action Points) which is essentially a stamina bar for running and melee attacks. There can be an a little delay to some interaction, a few times I had pressed to collect an item, gone to move and realised it hadn’t registered the input. The shooting is the same with it flip-flopping between satisfying moments of blowing off robot parts to the next instance missing lagging monsters. This is just another effect of an always online service that isn’t quite up to scratch yet. Turning the Pip-Boy user interface to translucent and cutting out the raising arm animation does detract from the immersion a little but having the option is brilliant as given the online nature you cannot pause the game to micromanage your inventory unless you’re in a safe space.

Given Fallout 76 is always online it’s frustrating that the emotes are lacklustre, your primary way of communicating on the PS4 controller is a wheel of emotes and that’s it. The online aspect is also a likely cause for the frame rate being ok at best and chuggy at worst. For the most part Fallout 76 functions fine but even when I wasn’t going too far off the beaten path and the internet was fine the game was intermittently a bit chuggy. As you’re online from the go your character is dropped into an instance which will typically have around 30 other players. Each game is a separate instance with the only remaining factor being your CAMP. This is likely to mix up the hunter and hunted aspect where a player that kills another becomes Wanted with a bounty for their death but it don’t give you scope to make any long-term friends. That being said the social scene I experienced was ok, everyone is friendly and kept their guns holstered on sight which is good so far. Even encountering Wanted players at a significantly lower level didn’t result in death, they seemed to leave me alone and go off for a challenge.

Appalachia is beautiful. It’s one of the best settings for a Fallout game yet. I’d love to sing its praise more but its just not consistent. You’ll be stunned from the start, Fallout 76 really does put its strongest foot forward first. The vault is brilliant, the items, robots, step by step leading to a wide open reveal that looks amazing is spot on and the log entries from people who have already left setup a great start. Appalachia is full of amazingly lush forestry, colourful bizarre elements and then you explore a little further and you’ll find this weird grey/purple filter and very rarely what looks like a resolution drop to stop the game from crashing. It’s so strange that the makers can create such lush and amazing designs one minute and then create incredibly mundane areas the next.

Let’s address the biggest problem Fallout 76 has; There are no NPCs in the game that are interactive characters. There are just players, robots, the occasional merchant and recordings. It’s revolving around this whole idea that the only humans you see will be other players and that’s ok but it only works up to a point. You’ll find early on quests which are following in other people’s footsteps interesting but the more you push on the more you realise that without the people at the end of the quest there’s no pay off. You chase down quests only to get more quests from holotapes and items. Sure there are some brilliantly placed quirky corpses and objects but that’s the thing, they are just objects and it doesn’t make the world feel alive, just a sandbox with plastic objects in it.

Fallout music is always a bit of an odd thing for me. I adore the use of old classics in the trailers and the occasional theme but find the atmospheric music largely forgettable. Fallout 76 follows the same tropes, the music is ok but it would have been nice to have a GTA style radio with old-time tunes similar to Fallout 3. Listening to The Beach Boys – Wouldn’t It Be Nice is amazing but it makes you realise that Spotify and Fallout 76 works as a better combo for lasting wonderment. The fact there are no NPCs in Fallout 76 is a little more annoying when you hear how good the voice work on the recordings is. I’d have loved to be able to chat to these characters a bit but alas they are long gone by the time your player arrives. As with all Bethesda games the subtitles for the audio work is functional but what boggles my mind is there are no subtitles for the items. If you collect a hand written note saying, “I FOUND IT” in scratchy handwriting there is no digital text option and this makes some of the notes difficult to read (especially with no option to zoom in) Given how thin the lore of Fallout 76 already is it’s pretty disappointing.

As other people have pointed out at great length, Fallout 76 is essentially at its heart a rust/forest survival game. You have a thirst and hunger meter, crafting, the chance of disease and various building mechanics to work with but with no deep story missions and a very simple “make your own fun” ethos. The missions are pretty trivial and revolve around find a thing and kill a thing. Events occur all over the map and fast travel lets you take part but these are either waves of monsters or just a big boss version to contend with. Fallout 76 is most fun when you stake out your own patch of Appalachia and then scout nearby to improve it. Death quickly becomes less of a worry and more an annoyance as you re-spawn nearby only potentially losing your junk (crafting stuff) and you can collect all of this off your corpse.

Fallout 76 can be fun but you have to decide what you want to get out of it. I tried to explore like any other MMORPG and my own mission to get to the fawn on the map ended in failure. I managed to avoid the Mothman, a legendary Liberator and see a few amazing sights along the way (without dying once) but I did also find a load of weapons and bits that I couldn’t use because of my level and eventually I got to an invisible wall long before reaching the dot on the map I’d decided to see. Items I collected along the way were either dogged in radiation, going off and spoiling or just not worth the effort to use. I survived the longest largely due to the bugs with the AI where it would occasionally goes a bit doolaly and gets stuck in walls or just ignore me.

It’s full of ups and downs, there are some brilliant design choices here and when the engine is running well it was pretty amazing. The character creator and big reveal really are the best. The waves of enemies, lack of polish with the engine and any real single-player experience is really what brings the fun crashing down. It’s just disappointing that we don’t have a Borderlands style setup here. It would have functioned so much better and would have allowed for NPCs and interaction with the world beyond just stamping a temporary base. Collecting items in an MMO is only fun when you have either a huge living world or a vested interest in seeing it survive.

Fallout 76 is such a bizarre creation. I’ve experienced disconnects from the server that have set me back a few minutes of progress that make tasks less fun and more like a chore, I’ve been exploring a building and survived a wave of monsters only to then be killed when the wave re-spawned a few seconds later, I’ve built a base and hit the limitations of the system only to figure out that the plans for some items are locked as random loot drops or bought from the microtransaction store and I’ve stood on a mailbox and taken some ridiculous pictures with the photo-mode while another player posed with me. It would have been a lot more palatable if Fallout 76 had been released in a few months time after longer in BETA and for half the price. This is a Fallout game just don’t expect Fallout gameplay.