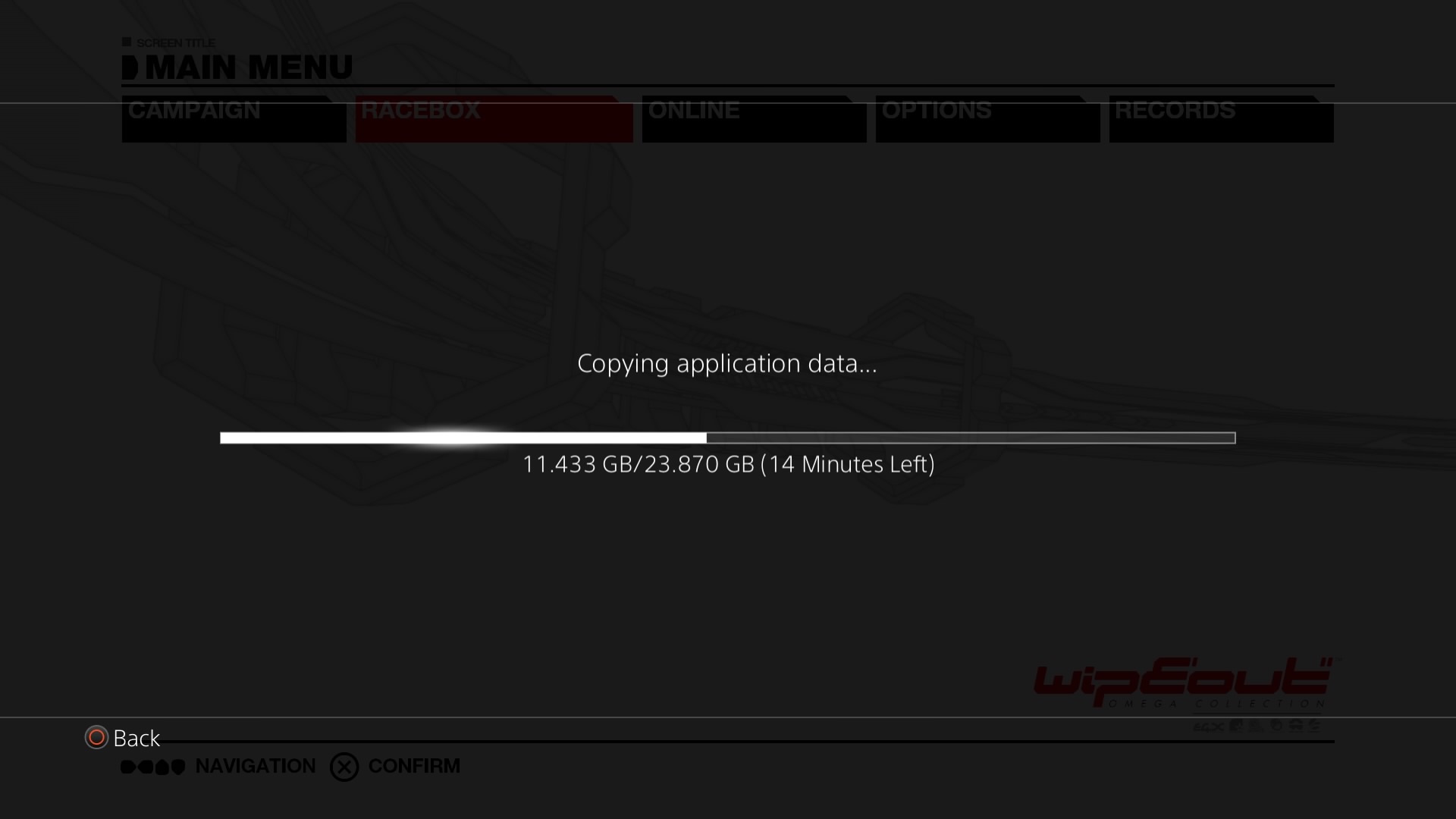 A year of installs, patches, loots and possibly the most £ you can spend on any games. Everyone loves a list, we all write them out and look over them safe in the knowledge that there are things there in order. I don’t know about you but I’ve always struggle with “top of Year” lists though as typically I’ll pick up games a year after release (I only just got Deus Ex Mankind Divided this year). Your probably the same but there are still plenty of games that came out this year I’ve managed to play though so that’s enough stalling. Here’s the underdog’s games of the year for you;

I know this game gets a lot of stick and it deserves a lot of the criticism it got but in an industry so steeped in micro-transactions, loot crates and unfinished nonsense it’s so refreshing to have a reward model in the game that gives you buckets of cosmetics for your avatar and free dlc. The ridiculous story and acting is also a welcome return as is blastingly quick speed. The 2d bits still suck but they can be easily ignored for more fast silliness. Gotta go fast!

Kick punch block, I got the funky flow, M.I.X The flower into the bowl! Still standing up strong to this day and the cleaning up and porting is spot on. Right down to stage 4 being controller snappingly difficult! The premium theme with the game was a nice touch to. Very much a remaster that’s one of the best out there. Shame the sequel only got a PS2 classic port rather than a remaster to but still we got locoroco and Patapon as well so can’t complain. much.

Museou games are ten a penny now, especially with anime tie-ins. You can expect at least one or two a year with various minor changes to the formula but they can change drastically in quality between them. It’s not just the source material but it’s a cracking experience overall that I still get an itching to go back to even now regardless of the review. That could just be the sacrifice seal bleeding again though.

So this is an odd one for me, it’s like Minecraft. How do you review a sandbox that’s literally that. None of this “story mode in a sandbox environment” nonsense, lego worlds has always been a bag of lego and a few little challenges to do with unlocking new minifigs and little content parts. I’ve played this since early access and seeing it evolve into the game it is now was super satisfying. It’s worth being on this list for the mole digger alone.

When you think of clever, topical and well made games you rarely think of the mobile market but BMML is exactly that. You play the game as normal and it responds in real time to the actions of the main lead as you try to chat to her and help her escape a very real issue effecting the middle east as we speak. If you’ve never had a go yet make the effort and pop it on your mobile.

Ridiculous, gorgeous and just a better all round experience than other fighters this year. It’s a shame it’s been largely overlooked in other lists for games such as Injustice2 as the core of the game is considerably better and there doesn’t feel to be as much grind for must haves. Also worth noting it’s the only game this year where I can play with the wife and we’re roughly equally skilled. It superbly nails the pick up and play – hard to master that so many fighting games tend to miss. Granted it’s an oddball that’s why it was a bit difficult to review.

It seems the best games tend to get amazing artwork and even reversible covers Doom, Okami and Nier: Automata. Nier was always a game of an amazing story and extraordinary soundtrack wrapped in a clunky action RPG and the worst fishing mechanics known to man. The sequel took those notes and improved on literally everything. A stunning visual extravaganza, tantalising soundtrack and almost perfect gameplay that all bends nicely to the story that never lets up. Glad to hear Square is giving this franchise licence for more in future as it could get to some crazy heights but for now we have one of the best games of 2017.

Oh come on. I love Sonic games (the good and the bad) so this was bound to make the list. I’m not a huge fan of the original 2d format and tend to prefer to load up Generations over say Sonic3 but this game was just a perfect mix of everything. The music, the artwork, the design, the easter eggs and everything just blended into Christian Whitehead’s masterpiece. Hopefully he’ll head up a sequel or a port of Sonic 3 & Knuckles next!

Here’s your curve ball. I love music rhythm games, they tend to be the fastest way to feeling happy and good about the world and the Hatsune Miku Project Diva series has been one of the best. With the quick release of Project Diva X and it’s frustrating mix knocking Hatsune down a peg for me Future tone put her back up. Over 100 songs (once you purchase the 2 sections) mixed with a bucket of previous classics and new tracks. More modules, outfits and customisation than you can ever see. A lovely reminder of the PSP classic with none of the nonsense. Fantastic.

I still want to play this game even now. No I’m serious. I’m writing this and thinking, “I could just grind a little to get Gully that little bit stronger and take out that slime boss”. The original comic volume left an impression and love for western RPGs and D&D back when I was teenager reading it in the library and when the kick-starter began I put my money where my mouth was. Feeling rewarded was an understatement. A brilliantly tactical JRPG focusing on buffs/effects in lovely turn based combat mixed with Diablo exploration and an artstyle that isn’t just faithful to the source but updating it accordingly. If you ever get yourself a game in the new year to enjoy for a long while get this. I played the BETA on the PC and it functioned fine but it works a treat on the PS4. The only reason there’s no review yet for this is because I just want to play it more and more rather than write about it!

27th Feb Stories Untold (PC)- So terrifying I could only manage the first chapter. loved it and everything about it, one day I’ll man up and finish it…

God I love Shadow of Mordor. Cracking gem of a game, unless you own it on PS3. Then it’s a crackling broken juddery nonfunctional mess that isn’t playable and even throws in CGI rendered cutscenes to remind you how much better it looked elsewhere. So we got a PS4 and that game was primarily one of the reasons. Even in broken PS3 form the game was just amazing. Ah memories. Seriously though, I bought a console for the first game. So fuck you WB for ruining the sequel to the point where I wouldn’t even go near it. Who ever wants their game ruined with lootboxes?

Do you enjoy Battlefront 2? Good for you. There must be someone out there that does? I can’t think of anyone to be honest. I know I struggled to think of anything nice to say.

You know when you see a really mediocre film and you can see what they were going for and the concept is just brilliant but the execution, casting and poor choices ruin it forever? This makes the list because of that. You can clearly see an interesting albeit dark niche Jrpg about ballet and disability buried in cheesecake and poor design decisions. If you want to know more about this read my review here!

Hands up if you enjoy loot boxes. Nobody? How about Batman and Superman? Yeah there we go. Lets mix them together anyways! I was so hyped for this one, the previous was just an absolute blast it’s loot crate bonanza and split Good/Bad ending just ruins the fun. I realise there’s a running hatred for loot crates but there’s a reason for that. The gear system in this game just grinds up all good faith and amazing cameos into disappointment for me. Geared to fail I feel.

Ugly disappointment that you can read about here but with each update and patch I just hope to see it renovated into something amazing and all it does is confirm how bad it is. Venom perfectly sums up the practice for me, he’s DLC, he looks amazing but sounds absolutely awful. One step forward and two steps back for another character that felt like they should have been in the base game. I don’t think it would have been too bad if it has dropped the MCU tie in and jumped head first into the comics. There are so many unique characters now it would have been amazing. Capcom seems to be sorting itself out now with Monster Hunter World looking phenomenal and with the anniversary collection for Street Fighter on route maybe now they feel it’s worth a fix? Probably not.

So that’s my lists! What about yours? Let me know on Twitter @elderlygoose or in the comments below and roll on 2018! 😀