Due to a stocking slip up I’ve received Berserk instead of Friday the 13th…. glad it did because this one has been on the radar for a while and let’s just say it’s as mixed behelit.

Ever read the berserk manga? If not stop reading this and go start it now. It’s a great tale but personally I never felt the films or anime ever got the core of what made it great. Still here we are with a Museo in Berserk clothing and first thing you need to know is it’s BIG. Like Guts sword BIG. It doesn’t just cover the film of the golden arc but it flys past that with cgi cutscenes all the way to them on a boat (basically up to where the manga has almost stopped – ignoring the 1 or 2 new chapters each year). That’s 46 story missions  counting. Plenty to unlock and upgrade to, so it’s not a small game by any means. I’m stressing this because it’s only serious flaw is it’s size.

The game follows the story but it definitely stretches the importance of some moments that could be a small cutscene into a mission. Some missions are literally just fighting 100s of cloned “thieves” with outposts that make no sense (let’s guard this large rock). Also the frame rate is a little spotty in places but this is likely due to the insanely high number of units on the screen at any given time and doesn’t really effect gameplay. What’s strange is the further in the less of an issue it is. Also it has the same censorship issue Attack On Titan suffered from. Scenes of pure blood gore and monstrous acts are fine, boobs are greyed over and some scenes are so strangely censored it just looks bizarre. 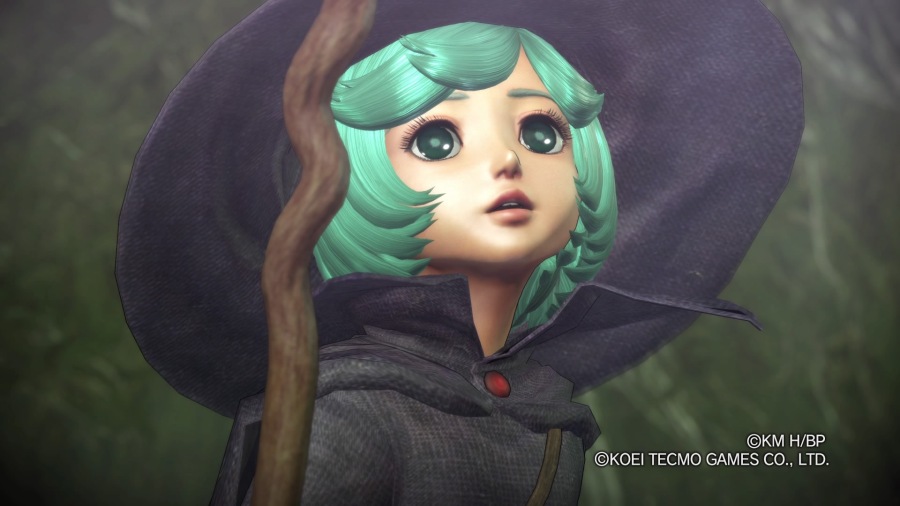 It feels like a From Software comparison isn’t fair with Berserk as it came along a long time before those games. The artistry in the game is spot on with models and apostles looking the part. Voice acting is absolutely top notch and despite it’s dragging filler like extra parts the pacing is magnificent for the most part. Taking it’s time with out of mission extra cutscenes to fill in blanks. When your fighting 1000s of knights the visual spectacle of it all is brilliant and the models only really fall flat with the bandits and non uniformed enemies as they are all essentially clones of each other. 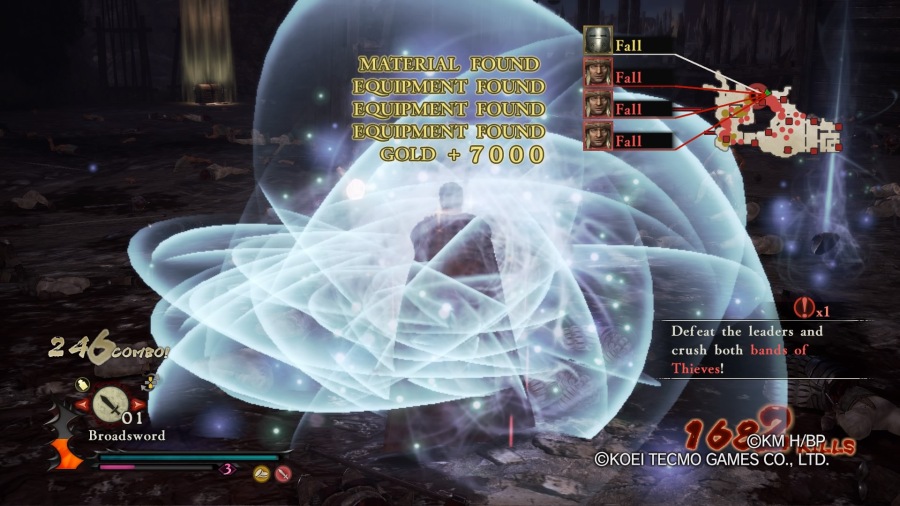 Sometimes a frenzy attack just becomes a “they all die” moment

ls like a dark souls aesthetic but that’s not a fair comparison as dark souls is essentially a homage to Berserk. The models and apostles are brilliantly well made as is the voice acting and pacing. I’ve said before the scale of this story mode is insane and that’s really it’s own failing, sometimes losing focus on what makes it great, ditching the fantastic highly detailed castles and forests for another generic outdoor dusty area.

For the first half of the story the cutscenes are good and the story is faithful shame the in game cutscenes just aren’t up to scratch. I say that because the vast majority of the best cutscenes come from the 2012 Berserk film. It’s interesting but hugely disappointing that it’s not new content. Then the second half of the story is a complete flip, greatly made cutscenes, amazingly well animated moments and some real charm in the work. Obviously with no animation to rely upon the game shines.

You only finally unlock “the armour” in the last 3 story missions, when you turn into super fast death machine and it makes sense it’s locked as the power is as crazy as it should be

Items and management being pregame is odd to, essentially less relevant and more a little busywork before each stage. It does open up when you can start to amalgamate useless items into others and I understand tying that into the story but the end result is a system I would have wanted early on to deal with extra rubbish. What’s even stranger is unlocking new systems for powering up items as the story progresses. Good in theory as it keeps it interesting but bad in practice as you mostly lament not having that option there before. 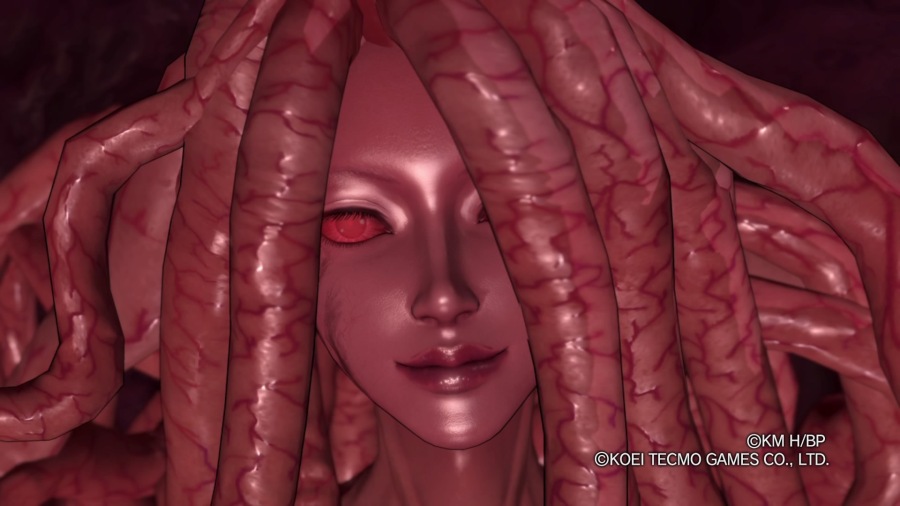 You can summon an angelic demoness from orc entrails but you can’t show boobies!

So all in all the Story mode is pretty disappointing to be honest. Berserk has an amazing story and if you want to know it I heartily recommend the original manga. This game follows the arc but to its detriment. When it had moments to experiment with a what if and have new and interesting challenges your forced into most missions being bland. You can feel the love in the series through the game and it is trying to show but there is always a “save citizens” mission or “escort the team” that feels really arbitrary. Although the dialogue in game helps alleviate this with Guts typically explaining his thoughts on murdering 1000 men while doing the same again.

Endless Eclipse is the mode where the game shines, there is a free mode (replay story missions with any character) but Endless is where it’s at. Essentially hybrid of survival and partial RPG you take your story mode items/characters and run through 5 levels back to back with no loading but various tasks you chose and gain rewards accordingly in an all or nothing scenario. It can’t be stressed how unique each character feels when you’ve plugged through the story as largely Guts and playing through 5 levels in succession is just fantastic. It’s a shame that you unlock large amounts of it from completing the monolith story mode and once you’ve completed Eclipse you unlock outfits that do feel they should be unlockable other ways.

So a real mixed bag then. Halloween is a time for eating sugar, being afraid and having a blast. Berserk Band of Hawk is a bit like a horror film that should have been a short hammer horror but was stretched to a three part film epic. Some great ideas, brilliant moments and truly outstanding story but watered down from too much filler added to it. It’s the perfect game for a student with lots of time to get through the enjoyable story but it’s not the perfect way to experience Berserk. I’ve spent all this review picking and complaining but why? Because I love it so. There’s some real charm and you can feel the passion for the series throughout the game. The source material is phenomenal and influenced so many games it’s uncanny. Still all that being said I still want to go back and play it again. What more can you ask for?