Skip to content
Concept idea – A new wolverine videogame based on the Romulus comics and the X2: Wolverine’s Revenge gameplay. With the graphical style blending old and new comic cell shading.
Essentially a game that allows for stealth and action approaches to any situation while telling the best sections of the Romulus arc of Wolverine.
The twist is before you start a mission/level you are given a brief description of the enemy strength and rough idea of layout, you decide how to play it at that point (either Stealth or Action). You are penalised/rewarded according to how well you do against your choice.
Ie. Level 3 (better than 1 which is a tutorial).
Start – The level will have 3-4 corridors but will largely be in 3 large warehouses. You know from a quick search of the perimeter the warehouse has large storage containers stacked high. It is also heavily guarded with soldiers in standard uniform equipped with semi automatic weapons.
MISSION – Locate the information showing the current location of Omega Red
STEALTH – Do you slip in, get the location and leave without anyone being the wiser?
{bonus result of mission – Omega Red isn’t prepared for you/weaker}
RAMPAGE – Or do you slip in, remind everyone your ‘the best at what you do’ before you get the location?
{bonus result of mission – Wolverine’s skills are sharper}
Should you pick the STEALTH option and screw up, each time you kill someone the screen will tear as Wolverine experiences his mind breaking a little (showing Regulus/Strider laughing saying something along the lines of, “see you were always a killer!”).
Alternatively if you pick RAMPAGE option and screw up (accidentally knocking someone unconscious instead of killing them) again the screen will tear but this time you’ll see Regulus/Omega Red laughing, “haha your such a wuss”.
The Regulus arc makes a good framing plot as there is an over arching villain of Regulus himself pulling the strings as the story continues but it also pulls in numerous other villians and the story of Logan’s son Daken.
Boss fights with Omega Red, Regulus, Daken, X-23, Deadpool, Sabertooth and others.
Also this game would have a mission where Wolverine sees Captain America in the past clearing out a Hydra base. These ‘past’ levels would be in the classic style.

Where as ‘current’ missions set as the story carries have the more modern style of shading (also a different type of ridiculousness). 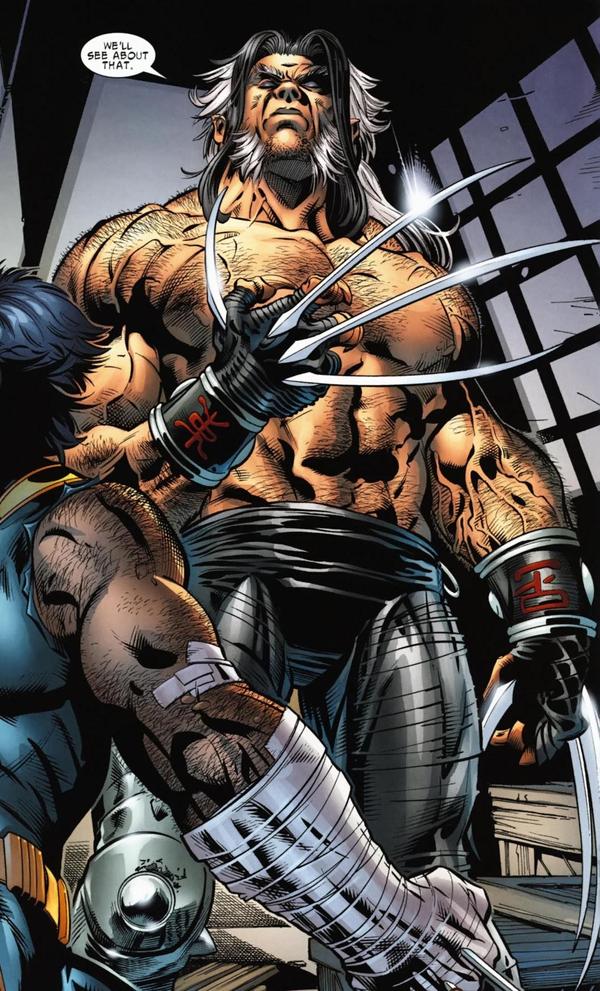 Right down to the fight with Deadpool where he realises he’s in a videogame and ‘hacks’ the players view to show it in the same way Deadpool sees Wolverine.

Anyways, this one goes under the pile of “never gonna have the budget or the rights”.